Earlier this week, the world was shocked to learn of David Bowie’s sudden passing due to cancer. Of course, Bowie had an illustrious musical and acting career, but some don’t remember that he also dabbled in video games, most notably being heavily featured in Quantic Dream’s Omikron: The Nomad Soul.

Omikron was released on the Dreamcast and PC, and Bowie provided several songs to the game’s soundtrack and was actually featured in the game, as well. Quantic Dream’s David Cage worked closely with Bowie during the production of the game, and yesterday provided his first public comments, via Facebook, on Bowie’s death, which you can read below:

He was a rock star of course, but he was also a dandy, an icon, a demon, Ziggy, Major Tom, a man who felt from the moon, a gentleman and a bad boy, an amazing actor, and even a video game character.

He’s been to hell and back, he confronted his dark side, created his own light, he made history, he danced with life, tried so many different masks before finally finding who he was.

I met him during one of his many lives. He was insanely charming and elegant, simple and accessible. We talked about the Velvet and his years in Berlin, about painting and art, design and video games.

I didn’t want to ask him the million questions I had, but I had the chance to see in his eyes all the stories that he will never tell.

This week, like millions of fans around the world, I lost someone who was a part of me.

But he just lost one life. I know he will never die.”

We’ve reached out to Quantic Dream for more comments but have not yet received a reply at this time.

Cage spoke with Game Informer about his first meeting with Bowie:

I met David for the first time in 1998. It was in Wimbledon, in the offices of the publisher of my first video game, Omikron: The Nomad Soul. We were looking for a musical collaboration with a prestigious artist and I had been asked to make a short-list of artists that I would dream of working with. Bowie was, of course, number one on my list, although no one seriously thought we could even talk to him. We sent him a nice letter anyway … who knows? … and to our huge surprise, his manager answered that he could be interested and wanted to meet.

So here we are in this nice office waiting for David Bowie in a meeting room, not knowing what to expect. I will always remember the minute he came in the room. He had an incredible aura, something I had never seen before or since then. He was very nice and friendly, apologized for being ten minutes late because of the traffic, and introduced us to his “video game specialist”, his son Duncan Jones (he was around 14 at the time and would become a talented director).

I had been briefed that Mr. Bowie would only have 20 minutes, and that I would have to be very concise. I had been working on the game night and day for two years; I had hundreds of pieces of artwork, thousands of pages of script, some 3D sets running on a PC, and I had no clue how I could share all the ideas, and the passion and enthusiasm I had for this project, in 20 minutes. Fortunately, the meeting went on for two and a half hours. Bowie listened with a lot of attention, looked at everything we showed him, and asked some relevant questions.

At the end of the meeting, he asked me, “All this sounds very exciting, what do you expect from me?” All we wanted was the rights to use his song “Heroes”, which would have been a fantastic asset for the game and an immense honor for a young studio like Quantic Dream (or any studio, actually). Bowie stayed silent for a second and finally answered, “No, I am not going to give you an old song,” there was tremendous disappointment in the room, “I am going to write an album for you guys.” We were all looking at each other, not sure we understood him right and wondering if he was serious. “Tell me what else I could do for you,” he said. Well, we needed instrumental soundtracks for the game, and it would be amazing to have David Bowie be a character in the game. We shook hands and wondered if all this was true or if we had all dreamed it.

This is how we started a one-year collaboration together. Bowie spent a month in Paris locked with me in an apartment to talk about the game’s world and working on the soundtracks. He wrote 10 songs for the game, including a titled called “Omikron” for the opening credits. He composed instrumental soundtracks with his partner Reeves Gabrels, played two roles in the game, recorded concerts with his band in motion capture that the player could discover in the game, and we even had the immense honor of having Iman be one of our 3D characters.

Bowie visited our studio – at the time, it was an apartment with desks in corridors and cables everywhere on the floor; a pure “garage-gaming style” – and met with the team. He looked at the music CDs on some of the desks and discussed with people (who were literally paralyzed as you can imagine) about the music they were listening to, being really nice with everyone.

We recorded his voice for his role in a sound studio in Paris. I remember the face of the studio owner when Bowie pushed open the door; we hadn’t told the owner who was coming when we booked his studio for confidentiality reasons. I remember the first time I heard Bowie’s voice in the microphone, his incredible voice, warm and deep, playing my text and asking me for direction. He was such an amazing actor, no direction was needed.

When he asked me for the deadline for the music, I gave him a date twelve months later. On the exact day, twelve months later, he called me. He just wanted to let me know that he was ready to send the songs and that he would really like to know what I thought. The songs were absolutely not what I expected. I was looking for something in the dark style of “Heart’s Filthy Lessons”, but he did something totally opposite. He wanted his soundtrack to respond to the cold, dehumanized government in the game with something deeply human, melodic and organic. His instinct was of course right, because his songs created a great contrast with the cold, sci-fi world we had in the game.

Then there was this press conference in LA during E3 1999. There were 250 journalists in a crowded House of Blues asking Bowie about his contribution to the game. He was again absolutely fantastic that night.

When I think about it today, I still have a hard time believing all this really happened.

Working with a legend for a year I discovered a gentleman, a brilliant person, intelligent, simple and accessible, curious about everything and very far from the preconceived ideas one may have about what a rock legend should be. He was a family man, loving his wife (the stunningly beautiful Iman) more than anything. I also discovered what the word “charisma” really meant and how someone who had nothing to prove to anyone could be such a nice person. I had the immense pleasure of having some private conversations with someone who made history, who had one of the most unique and exciting lives you can think of.

When I listen to his last album, I am impressed to see how someone at 69 years old can be so innovative, so creative, so daring, so original, more so than most of the younger singers on the music charts these days.

For me, Bowie is more than a rock star, he is the very definition of an artist, someone who made his life a piece of art, someone who deeply influenced his times like very few others did. I feel incredibly lucky that I had the opportunity to spend some time with him. These are moments that I will never forget.

My thoughts go to Duncan, Alexandria, and Iman.

For all of us, the stars look very different today. 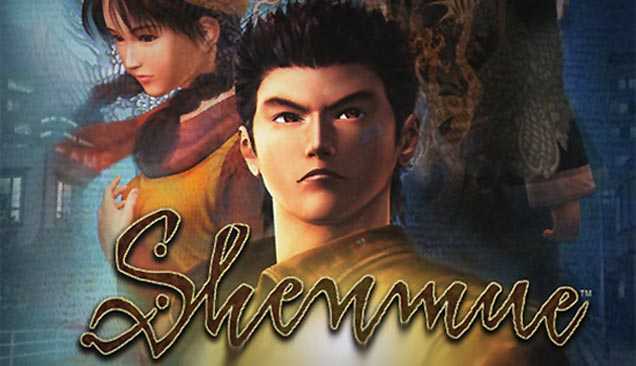 Quantic Dream is not developing Shenmue 3