As the year is coming to a close, Yu Suzuki and his team at YS Net have decided to give Kickstarter backers one last update on the highly-anticipated Shenmue III.

In the last update, Ys Net added a poll on Twitter asking fans whether or not Kickstarter Rewards should be included in the Slacker Backer Campaign. Many people believed that the poll should not have been on Twitter and should be exclusive to Kickstarter backers, so Ys Net has sent out a link to ALL backers and has asked for your participation once again.

Finally, it is now official that Shenmue III is in the Guinness World Records! The organization paid a visit to Yu Suzuki and presented certificates for “The most money pledged for a Kickstarter video game” at $6,333,296, and for “The fastest $1 million pledged for a crowdfunded video game” at 1 hour 44 minutes.

Congratulations to Suzuki-san and the team! 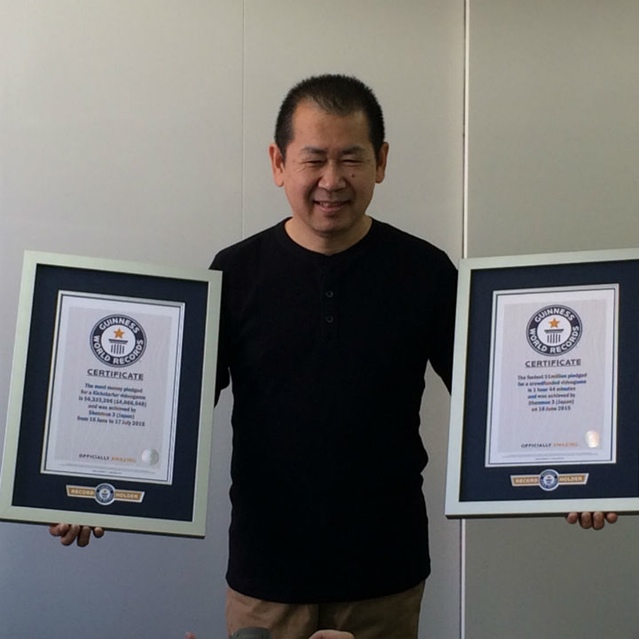