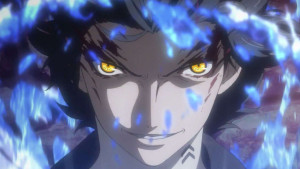 Persona 5‘s story has been a secret for quite some time. With the game’s plot shrouded in mystery and the game being delayed into 2016, many fans are hoping for some bit of information to tide them over. Game Informer sat down with Persona 5‘s director Katsura Hashino to discuss the main characters and what you can look forward to in Persona 5.

When it comes to Persona 5‘s particular cast of characters, Hashino wanted to separate them from other entries in the series.

Each of the characters, including the protagonist, has the mindset that – for one reason or another – they no longer have a place where they belong in society. So when they get a hold of the Isekai-Navi [note: Japanese version term] which allows them to enter another world and steal the malicious intent from others’ hearts, they find new kinship and a sense of belonging in becoming these “phantom thieves,” and throw themselves headlong into helping others and reforming society with their own hands. The ones that stand in their way are the adults – in other words, the traditional authority figures who dictate every aspect of these teenagers’ lives. And in Persona 5, the story takes a different spin: Rather than getting drawn into a strange case, the team throws themselves into the fray. Through their actions, they draw the attention of an even greater enemy… That’s how the game sets in motion.

According to Hashino, the main protagonist’s silent demeanor is done purposefully to allow the player to identify with him and shape him how the player sees fit.

The protagonist himself has a similar character as the heroes from the previous games – silent and cool, where you don’t always know what he’s thinking. This is mainly because we want the player to be able to empathize and identify with the protagonist, so he can better serve as the player’s avatar during the game. However, since he’s something of a roguish antihero leading this story of thrilling phantom heists, we’ve added a nuance of brash audacity to his character.

Lastly, Hashino wants Western fans to know that theme of Persona 5 is universal.

The adaptation of the “phantom thief” genre of crime fiction may give the impression that the game might be built on a predictable premise or clichés, but all aspects of the game are cohesive with the underlying theme and background of Persona 5; we put a great deal of effort and thought into its execution. We tried to mix a sense of familiarity with the supernatural, and show how things one might normally encounter or deal with in daily life might actually be connected to something far more extraordinary. The story is set in Japan, but we believe the theme is universal; mankind’s tendency to each view the world through their own individually distorted sense of reality – and its consequences on society and relationships – is a subject that resonates across the world. We hope you look forward to this title’s gameplay, entering the world of warped human desires and casting judgment on the targets you find there. 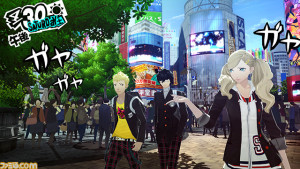 You can read the full interview by clicking here. Are you looking forward to Persona 5? Sound off in the comments below!