So……does anyone remember the Bubsy games?  The mildly obscure platformers by Accolade?  Well as of Monday, November 16th, a two pack of the first two Bubsy games was announced on Steam greenlight.  For anyone who doesn’t remember, Bubsy was a decent platformer, being a result of the mascot wars of the ’90s.  His first game was in 1993, for both the Genesis and SNES, and then lived on to have three more sequels, with the last Bubsy game being released in 1996, never to be heard from again.  But from what it seems, the wise-cracking bobcat is attempting to make a return. 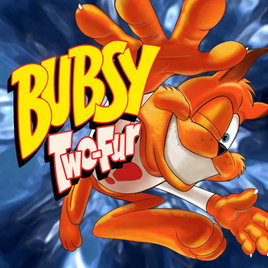 Announced by Tommo Inc., the Bubsy Two-Fur as it’s called, has an official page on greenlight and everything.  From what it seems,  this is just going to be a port of both Bubsy :Claws Encounters of the Furred Kind, and Bubsy II. From what the description on the greenlight page says, they’re testing the waters to possibly make a new Bubsy game in general if the interest is there.  I would consider this a pretty cool idea, but it seems like more people have a bad memory of Bubsy than a good one.  All in all, it’s nice to see one of the original platforming mascots return after these years, regardless if it’s just a port. Nothing’s clear whether they’re using the Genesis or SNES versions of the games, but I guess that’s something we’re going to have to wait out.  I’m hoping to see this get released, or to possibly even get a console port, as I actually enjoyed the first Bubsy game.