In its latest Nico Nico Stream, SEGA Networks Japan has announced its latest entry in the Puyo Puyo series. Puyo Puyo touch will arrive for iOS and Android devices, no specific date for the full release has been set yet, but Japanese players can register for a free demo at the official site in the meantime.

Puyo Puyo Touch has a new rule system, where the player can rotate or move certain puyos tapping the touch screen marking some arrow type of movements, the arrow will point the direction in which the Puyo will be rotated or launched. The more you get chain reactions on the specified arrow direction, the more you score and unlock special skills. The game will also have boss battles. Preregistered users will receive a special Cat costume for Arle Nadja. 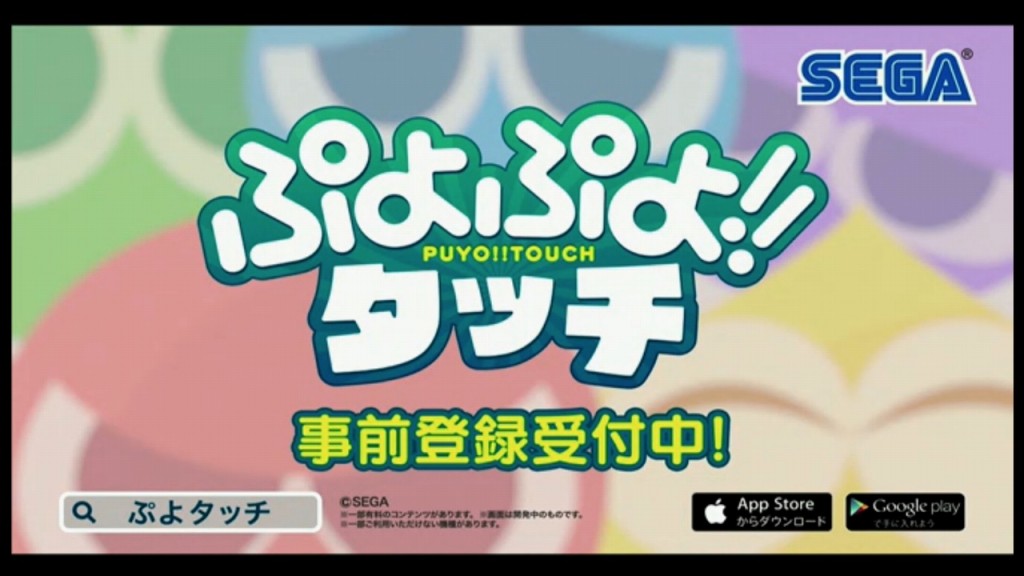 You can join a special YouTube stream later for more info: