It has been a week already since the launch of the Sonic Lost World port for PC on Steam. SteamSpy offers some data on how the game is performing after its first week. As we can see the game is currently around the 3,420 units sales. A thing to be noted is that contrary to physical console releases, a digital game such as Sonic Lost World on PC is considered an “all green title“, which means for the industry, as a game that sells though the whole year. Add to it, that there’s the constant income of steam sales, bundles, and special offers.

SteamSpy only offers preliminary data, only Steamworks with the user’s account can throw the accurate amount.

The title currently ranks as 178th on Steam’s most sold games. The Wii U version has sold 0.34m units globally from 2013 til today. 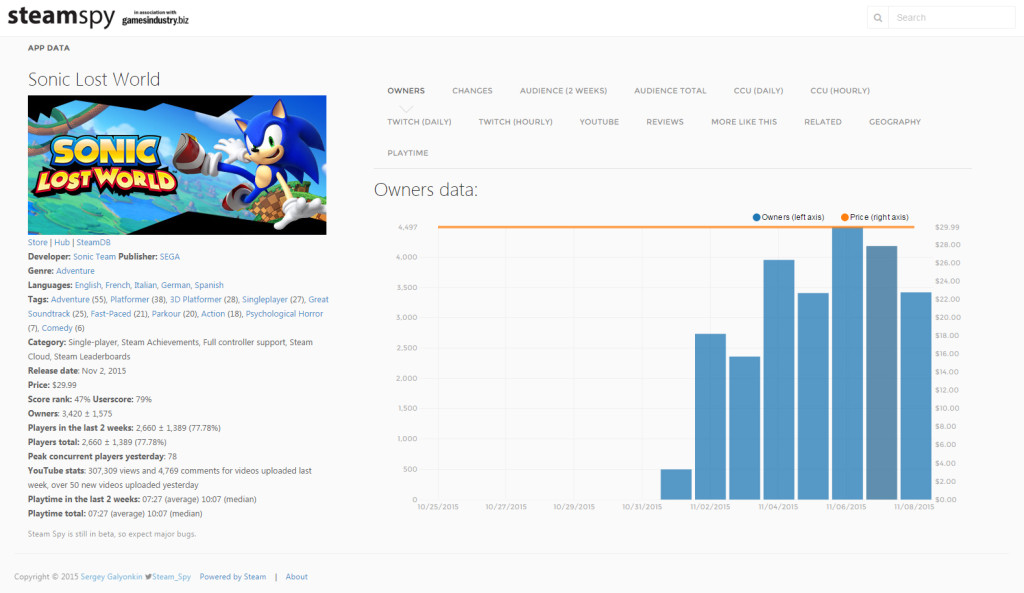 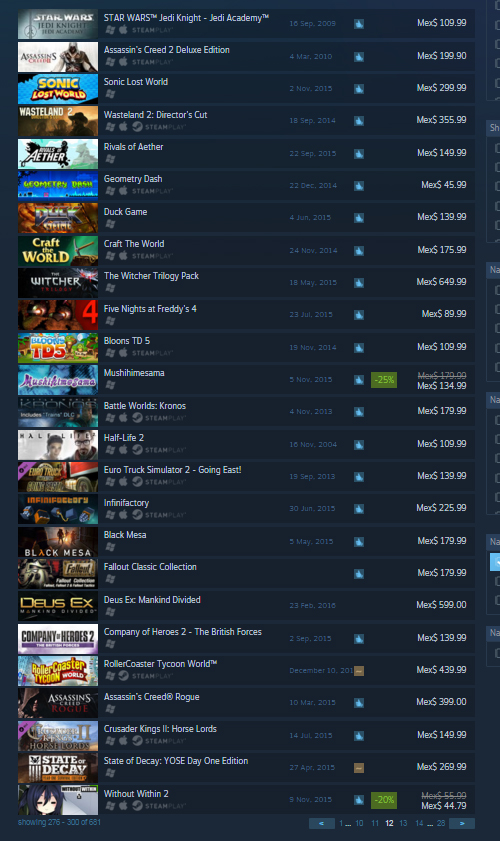 April 13, 2018
Check Also
Close
FOLLOW US
Use code SEGA at checkout to get 30% off EwinRacing gaming chairs