The post explains the setting for the title’s story, in which you can control either Segami (a new character for this series) or If on a mission to restore history, since the library books that contain the entire videogame history are being mysteriously rewritten. Both will be aided by Neptunia and SEGA Hard Girls Characters across dimensions to accomplish their mission.

The game features a dungeon gameplay system with turn based attacks system, including special moves (a Fever gauge will be used for this, while you manage a 4 character party). Different settings and changes in the story will be affected by your choices on changing history through the game. Different actions like jump, attack, wall climbing, and dash will turn your exploration into an Action RPG. 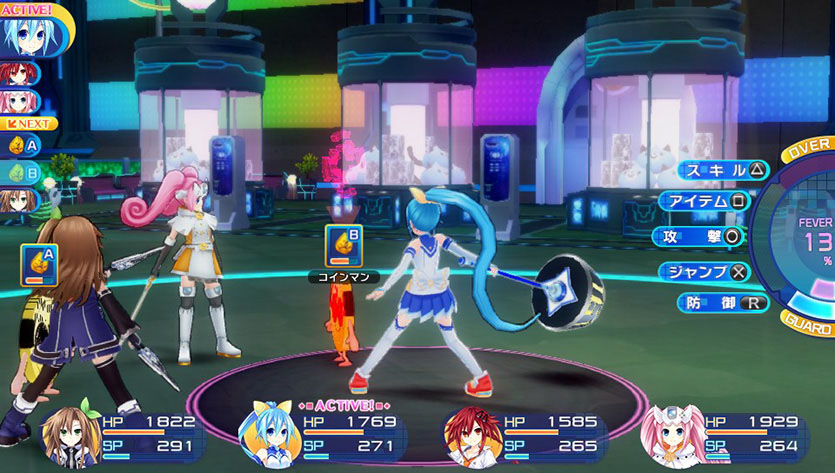 Additional information such as the Voice cast has been published, including the Hi Schoool SeHA Girls anime voice actresses:

Neptunia vs SEGA Hard Girls will be released for the PS Vita in Japan on November 26, 2015. No word has been stated for a localized version yet.