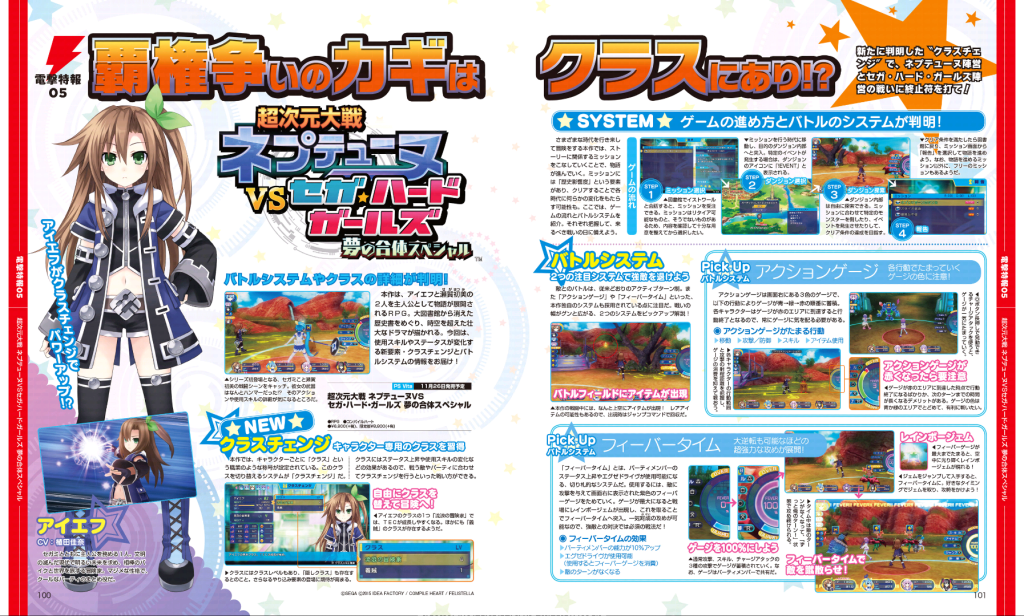 Idea Factory! and Compile Heart have revealed in the latest issue of Dengeki PS the combat system for the upcoming Neptunia vs SEGA Hard Girls game. The game will feature a 4 character party “unit turn-based” combat system. You will operate a character per turn, and will be able to move freely within the battlefield. The battle system will have 3 features:

The official Neptunia vs SEGA Hard Girls site has updated the info too. Compile Heart has also released images on the Japanese store preorder bonuses such as cards, tapestries, and file cases.

The awaited Neptunia vs SEGA Hard Girls game is set for a Nov 26th release for PS Vita in Japan. There is still no info on whether this game will be localized for western audiences or not, there’s a fanbase looking forward to it due the high popularity both franchises have, specially since the HiScoool SeHa Girls anime aired. Let’s hope NIS America localizes this game for western audiences. If you wish to know more info about this game and where to get it, be sure to check our previous report.