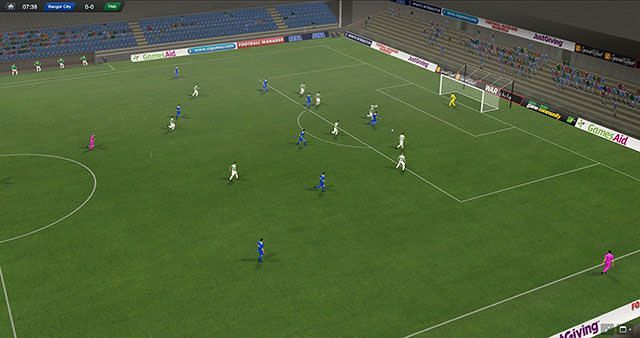 It is a fact that “real football” is the No. 1 sport in the world, a sport played in over 200 countries with professional leagues, and in simple terms, a reason why a game such as FIFA has a record over 100 million units sold worldwide with profits over billions for EA. And thus, Football Manager, has been no exception for SEGA, one of the franchises that has been, not only a leader in its game simulation field, but also keeping the company alive in the western market, selling millions of units (which keep it on the best selling franchises list) with juicy profits and merchandise licensing (such as documentaries, books, clothing, etc).

While Football Manager has been a hardcore selling game for PC users in Europe, it has lacked a lot of publicity backing for the American continent, a region where out of 35 countries, 29 have professional leagues with millions of supporters. Part of this particular problem in the past was that the continent’s SEGA division is based in USA, a country that since the MLS appearance has been in football development, but in overall has no major passion, nor real interest for this sport, thus being an absolute minority in terms of the total football fanbase for the whole Continent (where Brazil, Argentina, Uruguay, Paraguay, Mexico, Colombia, and Chile have the major shares). Such lack of interest in the USA was a logic of choice for SoA to avoid understanding or heavily promoting games related to the sport, and therefore rejecting potential millions of consumers from other countries in the region. In the past, games like AM2’s Virtua Striker series were some of the most pirated arcades in Latin America, I wonder how much profit it would have done if those games would have been properly distributed and promoted for the region.

Fortunately paradigms change, and now SEGA of America has opened a PR job position to strengthen Football Manager, Company of Heroes, and Total War franchises in the continent. A good logical move, since these are the PC franchises that have been producing sales and profits for the company. Company of Heroes and Total War are already strong in the USA and most parts of the continent, they still need some marketing push to make them even stronger, while Football Manager is the franchise that needs the major marketing push for the region, since it is the one that has more potential consumers per Latin American country. The move is right, but seems like SEGA is still underestimating the potential football consumer market, first by trying to choose a PR for the 3 franchises, Football is an entirely different subject that requires understanding and particular attention; when you want to speak about the sport and a strategy, you require people with a lot of knowledge to make it appealing to the audience, in the case of the Latin America they’ll require more experience in the sport than the “California based” requirement described in the job post. I would rather say this task requires a separate Football Manager PR job position, but it’s SEGA’s money… their call.

Let’s hope SEGA of America starts positioning Football Manager with the “right foot” on the region, specially by avoiding calling it “Soccer” management game in Latin America, “soccer” might be an innocent word for just 6 countries in the world, but it becomes a major backfiring insulting word for the Latin American audiences that support this sport with big passion.

The SEGA PR postion reads as follows, you can apply to it in this [LINK]: