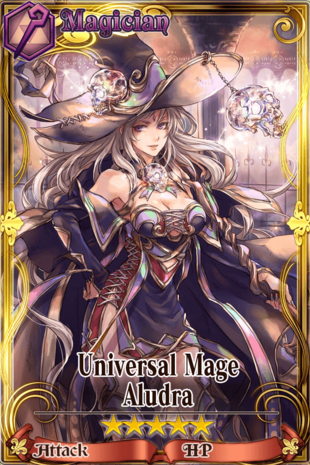 Chain Chronicle is a very popular SEGA Networks RPG game in Japan for mobile devices and PS Vita, it has arrived on our western territories recently on iOS and Android via publishing by Gumi. The game is pretty fun and simple to understand, so I have been enjoying it a lot!

Inside the game you get cards with characters that assist you on further battles. One of the most popular, powerful, and useful ones is Aludra, a universal mage with a Magic Guild that stresses hands-on usage of magic, and as you can see on the card at the side of this text, her character design is pretty cool.

So, at this year’s Q1, Alphamax announced a 1:8 figure for this character, to be launched on June this year. When I saw how the artwork was adapted into a stunning well sculptured figure I couldn’t resist and had to order one (you can still get one for 11,450 yen with the good guys at Amiami). And let me say the 2% team made a fantastic work on this figure.

So let’s start with this unboxing. As you can see the figure’s box is huge, it barely fits on an open 18-55 mm reflex camera lens with 40 cms distance from the object. Once we open it and release the blister we are able to notice how big the figure is, 28 cms height. And wow, does this figure looks gorgeous! 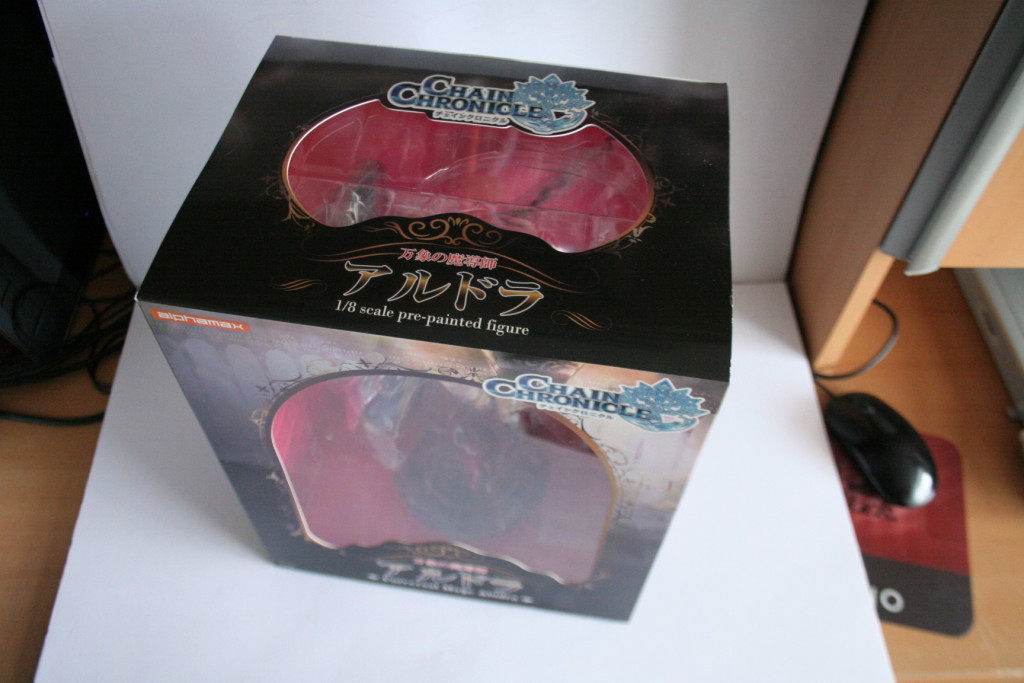 Once we have the figure in our hands we can see how much effort was put into producing this figure, for a start I counted at least that 8 molds had to be used to manufacture the cape and hair, then more can be added just for the lassos and details on accessories, which in contrast with how well this was sculptured makes you realize the figure was worth every yen. Paint work is also on pair to the great quality. 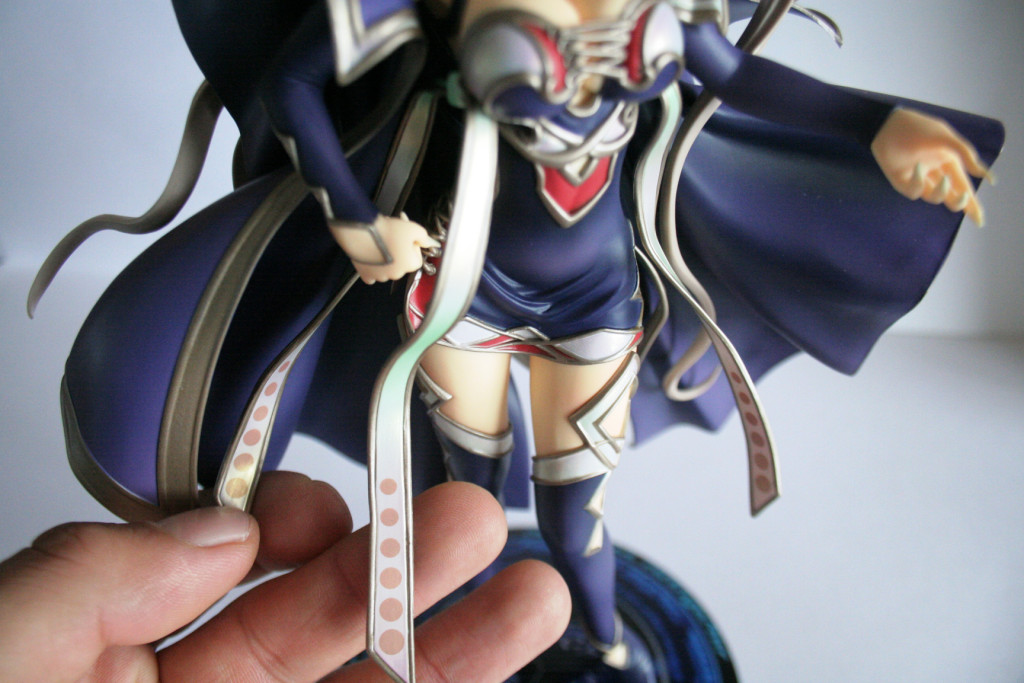 A cool thing is that her mage/witch hat has a magnet that reacts to another in her head! You can add the cool looking crystal skull with real chain to it. The figure has such great details like the mentioned jewelry which is also present on her chest as a collar. The figure is made of such soft PVC that it makes a figure as huge as this one light in weight and easy to stand up. 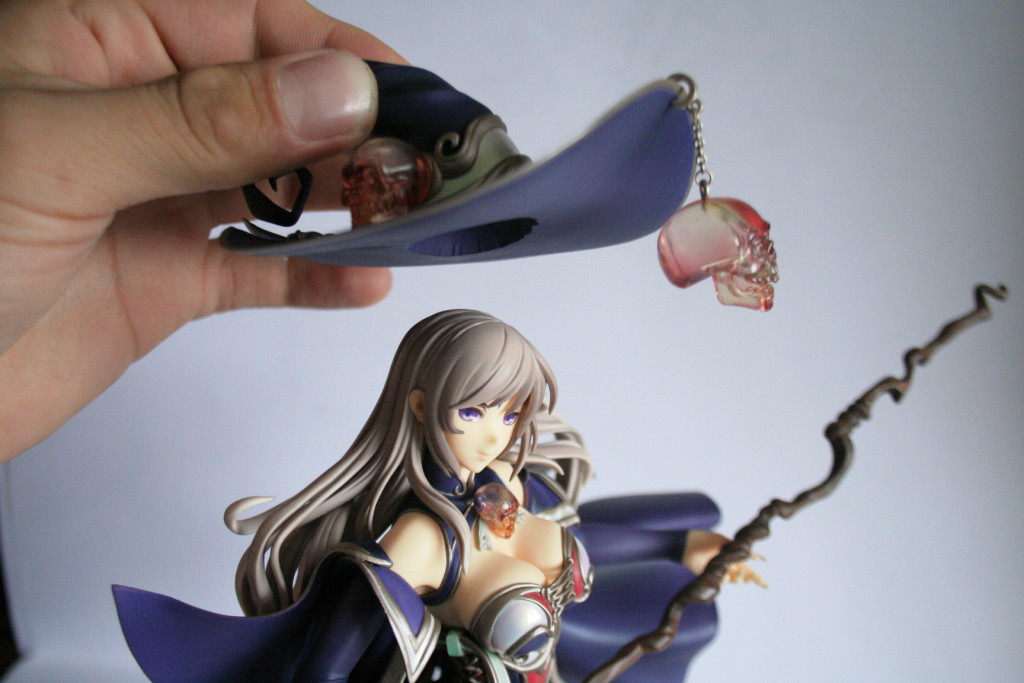 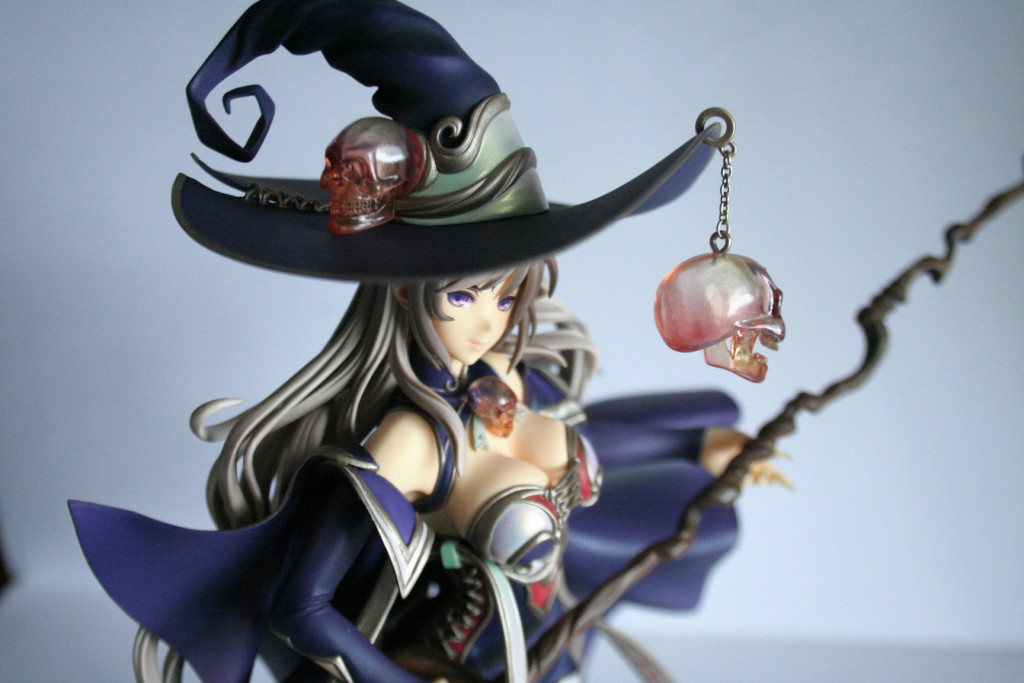 Once the figure is fully assembled, we can take a look at how huge and wonderful it looks. Aludra, you look so rad! 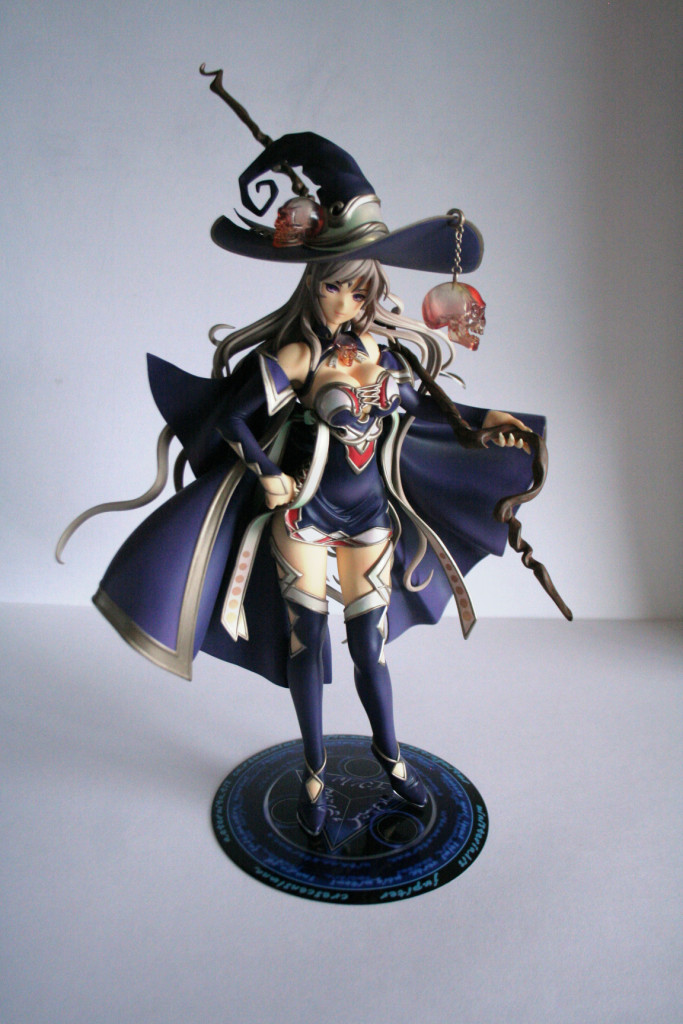 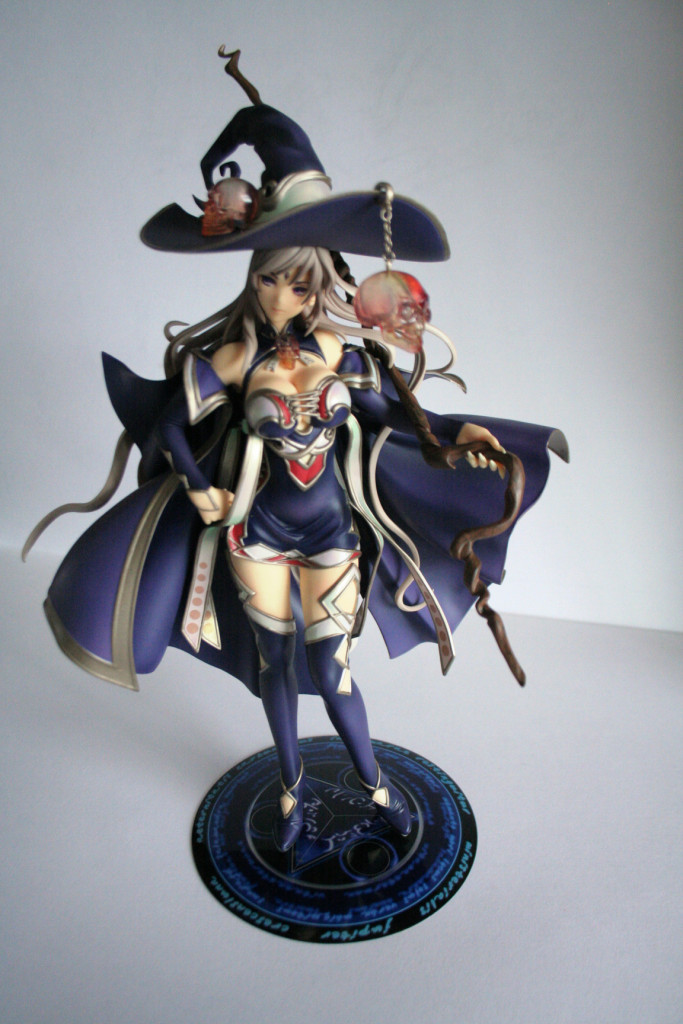 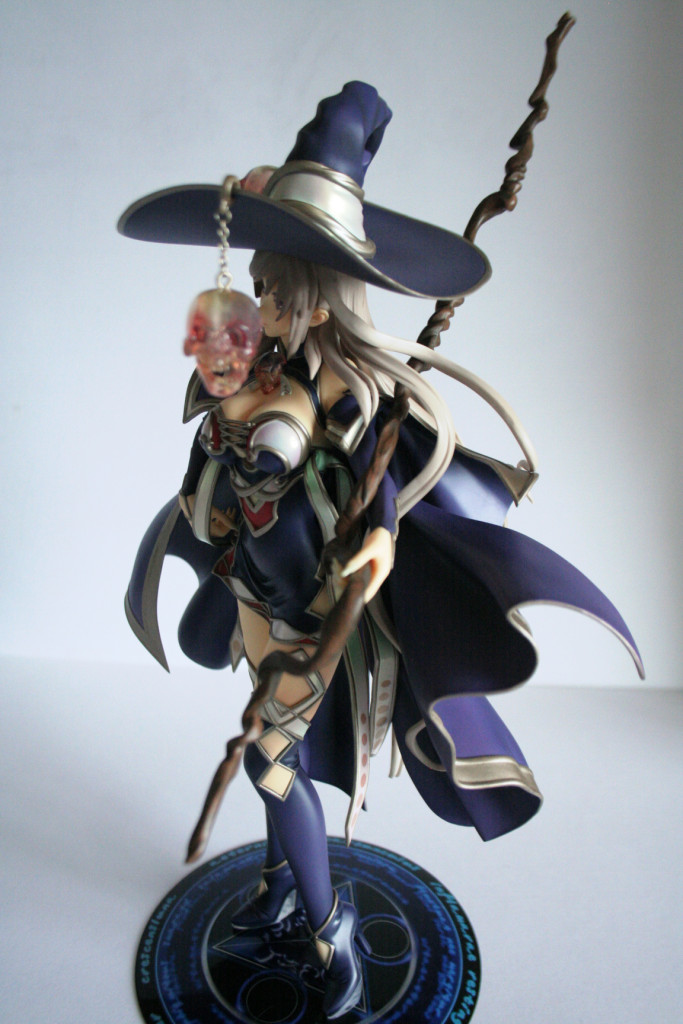