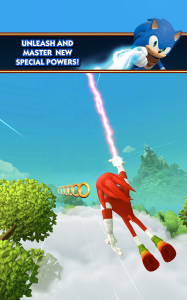 The Sonic Boom franchise isn’t going anywhere, folks. A testament to that is the appearance of Sonic Dash 2: Sonic Boom – a follow-up to its incredibly successful infinite runner – on the Google Play Store.

It appears that game was soft launched in Canada, and it doesn’t look like it’s currently compatible with many devices, but we expect that to be fixed soon.

Sonic Dash 2 will allow you to play as Sonic, Tails, Amy, Knuckles and Sticks, and features a new Team Play mode, that allows you to play the game with up to three characters and swap between them mid-race. It also includes character specific powers, which is certainly a welcome addition to make the gameplay feel a bit more different between each character. 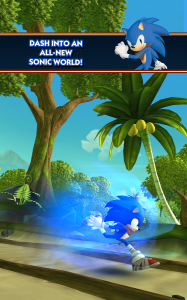 Sonic Boom fans will also be excited to know the Enerbeam has returned, which allows you to tilt your device to swing and collect rings and orbs.

The game is now listed on the Google Play Store, but we can’t yet find it on the Apple Store. We’ll update with links when we get them!