[Editor’s note: In the Face-Off, the gloves come off, and we battle it out over controversial or long-debated SEGA topics. A word of caution, things may get testy, and some feelings will probably be hurt along the way. Once it’s done, voice your opinion in the comments and tell us who you think won the debate!]

The Requiem:  Last year, SEGA subjected us to the Sonic Boom games on Wii U and 3DS. I’m sure that their intentions were sincere enough: update Sonic for younger audiences, refresh the Sonic brand, introduce a new mechanics into the Sonic formula… blah, blah, blah.

The games were crap.

Since then, SEGA has managed to turn the Sonic Boom TV show into a modest success, though the Sonic Boom comic book series just received its last issue with the Worlds Unite Sonic/Mega Man crossover event. A week ago, it seemed that the Sonic Boom brand would not be long for this world…

But, hark! SEGA has announced that Sanzaru games, the developer behind last year’s Sonic Boom: Shattered Crystal on 3DS, would be developing a follow-up for release this fall. Yep! Because nobody demanded it, SEGA gives you Sonic Boom: Fire & Ice!

So our question today is this: is it a mistake for SEGA to continue with the Sonic Boom franchise?

Even if you’re one of those sappy types who feels that everyone deserves a second chance, and that Sanzaru is poised to move forward having learned from their mistakes, that still doesn’t change the fact that the Sonic Boom brand is damaged goods in the eyes of gaming circles. I actually have faith that the developers at Sanzaru can make a solid Sonic title, but from a marketing standpoint, SEGA should retro-brand it with the original character designs and make a clean break from the Sonic Boom side of the franchise. It’s going to be sales poison at retail.

Now dummy-dummy-dumb-head Chris is going to disagree with me.

Chris: Look, I can’t argue with the fact the Sonic Boom brand has some serious issues it must overcome. Let’s not kid ourselves, though, the vast majority of the negativity came from Rise of Lyric, not Shattered Crystal, which was actually had some redeeming qualities, unlike its Wii U sibling.

Like you hinted, Sanzaru Games is a competent developer, and I think if they had a longer development cycle that wasn’t dictated by the animated show’s launch, Shattered Crystal would have been a more polished game.

Unlike you, though, I think SEGA should stick with the Boom series. For starters, the Internet crapped on the Boom redesigns because that’s what the Internet does about pretty much everything. As I’ve said on multiple occasions, I actually like the Boom designs, and SEGA designed them that way for a reason – they look very different than what we’ve seen before, and that opens doors to entire new lines of merchandise and all that other crap. 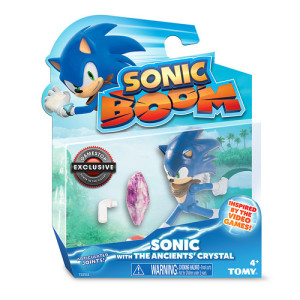 As Stephen Frost mentioned on the SEGA Nerdcast, the Boom toys and clothing lines sold incredibly well. Why should SEGA abandon a successful brand to go back to what it was doing before and limit itself when it comes to merchandise and other forms of media? I like the old-school Sonic just as much as the next guy, but let’s face it, the short, fat Sonic isn’t going to appeal to kids like the Boom characters will.

Moreover, it’s apparent SEGA is serious about building the Sonic Boom into an ongoing franchise, something I’ve suggested multiple times on the SEGA Nerdcast. Imagine a world where we receive mainline Sonic Team developed Sonic titles on even numbered years and Sonic Boom games on even numbered years. Activision has made a bajillion dollars doing this very same thing with the Call of Duty franchise.

If SEGA of America can build the Boom franchise into a success, which it has already done in the merchandise and TV show front, they have a strong franchise that’s wholly theirs, and that’s incredibly important for the future of SOA. 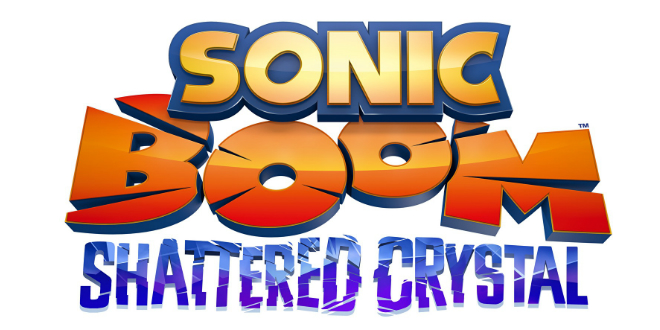 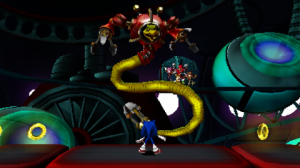 The Requiem:  F*ck, Chris… F*****ck. I know you’re the boss, but I’m just about to stage a SEGA Nerds coup to restore the basest level of competence here on the site.

I never said anything negative about the redesigns of the characters. I actually appreciate some of the changes, myself. The only thing that matters is whether Sonic fans and other gamers will be so quick and willing to forgive and forget? Even if Rise of Lyric was the chief offender, I doubt that most consumers are savvy enough to separate the two, especially with all of the bad press the Sonic Boom debacle received.

How many other video game developers have taken such a massive misstep with one of their franchises, and then doubled down on their mistake all the while expecting success the second time? I can really only one other company dumb enough to even try it: Konami. The abysmal Castlevania 64 yielded Legacy of Darkness, and that particular one-two punch killed the Dreamcast installment of Castlevania.

Nintendo for one, has set a pretty good example for how to deal with this. They wisely put the Metroid series on hiatus following Other M, and how many direct sequels to Zelda II did we get? Yeah. Cut and run, SEGA. Drop it like it’s hot. In the very least, take a year off and let the cartoon series clean the wounds for a bit longer before expecting the full faith of fans. 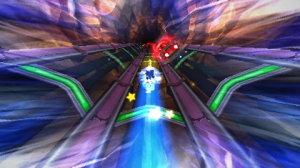 Chris: C’mon, Requiem, you and I both know Nintendo is a poor example because they have a crap ton of great, recognizable IPs they can use to replace a poorly received game in its rotation. SEGA, on the other hand, not so much, these days.

SEGA is clearly being cautious with the Boom franchise, evidenced by Fire and Ice being exclusive to the 3DS. They’re not committing a ton of money to it this time around, but they want to give Sanzaru another shot at Sonic. I’m willing to bet SEGA will be more involved, as well, and we won’t see those embarrassing livestreams shortly after its release like we did with Rise of Lyric.

The game’s producer, Omar Woodley, has already acknowledged the issues with Shattered Crystal, and it appears they have a formula in place they think will make for a game that’s different enough from what Sonic Team will inevitably release.

Plus, with the animated show’s success, kids are now familiar with the Boom characters, unlike they were when the games initially released. Fire and Ice will likely get a boost in sales and interest from this alone because, as I’m sure you know, kids are dumb and will want anything the TV tells them to. 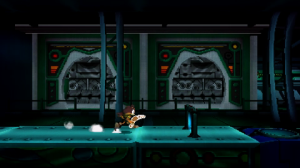 The Requiem:  Chris, I’d call you pea-brained, but I’m afraid that I’d be insulting the vegetable community to equate you with them.

You keep harping on whether Sonic Boom: Fire and Ice will turn out okay. It very well might. But will it sell? Does attaching the game to a damaged brand make sense when you have alternatives? No. It doesn’t.

From a marketing standpoint, it’s the Boom that’s the problem. Not the developer. Not the game. Not even the Sonic. I’d think SEGA might be be more successful if they tied it to the ongoing Archie comics series if they really want to differentiate the Western releases. Or if they really want to include the Sonic Boom assets, do so in a crossover game and brand the new title as a Sonic Generations successor.

Kids may be dumb, but the Sonic fan base, many of whom are older, are not. Marketing the game exclusively to one half of the Sonic consumer base isn’t typically a recipe for success for SEGA. 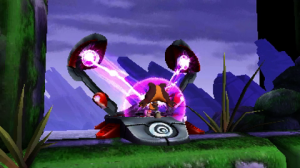 As a Sonic fan, imagine that there are two new games on the shelf in front of you. One is Sonic: Lost World 2 and the other is Sonic Boom 2. Which of the two makes you shudder just a bit more? My guess is that Sonic Boom is the least palatable option.

I want the next game to be good. I’m willing to give Sanzaru the benefit of the doubt that their next effort will be better. But even if Sanzaru is successful in making a better game, my thought is that Fire and Ice is doomed to fail before it even gets out of the gate. The negative momentum from last year’s release, plus the gaming media’s behind-the-scenes sneers of disgust and their fervent, yet hackneyed references to the “Sonic cycle” will make sure of that. “Sonic Dud.” “Sonic Bust.” Jesus. You know you can already hear it, Chris. 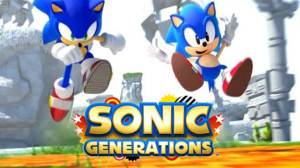 Chris: Dude. Dewd. Dooooood. I really think you’re giving too much credit to the video game community at large. People have been practically begging for a strong Sonic title, and when SEGA delivers, every so often, they buy the game.

Take Sonic Generations, for example. It sold nearly 4 million worldwide. Sonic: Lost World, which many didn’t like (but I did, bitches), didn’t even crack 1 million. It’s plain to see that gamers are willing to buy quality Sonic games, but SEGA hasn’t exactly made it easy on them.

If Sanzaru can deliver on their promise, it will be SEGA’s job to ensure early builds get into journalist’s hands so they can spread the news that, “Hey, this new Sonic Boom game is actually pretty good.” Perhaps you’re right that it won’t sell a ton of copies, but if it reviews well and sells enough copies, I think it’ll prove a sound investment.

What’s important is that Sonic Boom is SEGA of America’s baby. They desperately want it to succeed, and with enough care and the right kind of marketing, I think it can. Moreover, SEGA of America needs it to succeed, not only to establish another solid selling American franchise but to also show their overlords at SEGA of Japan that there’s still a little magic left in San Francisco … erhm … southern California.