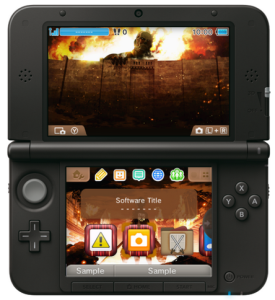 We’re all excited for Spike Chunsoft’s upcoming Attack on Titan: Humanity in Chains, and Atlus USA has announced the game will be released in the Americas on May 12 for $39.99 on the Nintendo 3DS.

On a more curious note, due to a copyright claim in Europe, the game’s name had to be changed to what it’s known in Japan – SHINGEKI NO KYOJIN: Humanity in Chains. There’s been no announced release date for Europe yet.

And just in case you’re on the fence on shelling out $40 on the game, Atlus has sweetened the deal as it announced all purchases of the game will include a free Attack on Titan 3DS theme. You can’t beat free!