Indeed, Stephen Spielberg’s family friendly take on the Michael Crichton novel took popular culture by storm, and as was customary back then, received a glut of tie-in games. For whatever reason, each format ended up with its own unique take on the subject matter, and despite the Master System playing second fiddle to the Mega Drive by that point in its life cycle, it (and the architecturally very similar Game Gear) lucked out and got the best Jurassic Park game of the lot.

“What have they got in there, King Kong?”

Unlike most of its contemporaries, this version departs significantly from the silver screen adaptation in terms of plot. Worry not, dinophiles – there’s still a theme park full of reanimated prehistoric beasts, but rather than simply trying to escape after things go awry, you’re tasked with recapturing the the park’s loosed attractions so it can open on schedule. Capitalism, eh?

Gameplay wise, proceedings never stray too far from proven 8-bit platformer mechanics; your character, novel and film protagonist, Alan Grant, is easily able to avoid Isla Nubla’s myriad environmental hazards, such as fire and curiously localised hurricanes, with a well timed tap of the jump button. That said, there’s little Goomba stomping or ring collecting to be had, as you fight your way through 4 park areas in any order you choose, leading up to a final showdown with the franchise’s poster boy.

The sheer volume of 90s gaming clichés here is sure to bring a wry smile to the faces of new and old-school gamers alike. The obligatory silly high-pitched pickup sounds and thrill of sparingly distributed ‘extra lives’ (remember those?) are present and correct, as are some amusingly translated on-screen prompts. Interestingly given that it’s based on a Western property, this version of the game was actually developed in Japan, which goes some way to explain such gems as ‘GO TO THE ACTION STAGE!!’.

Grant’s 3 interchangeable weapons have very specific roles, and it’s largely down to you to figure out which one is going to be most effective against each dinosaur and its limited repertoire of basic attack animations. Notably, they are all non-lethal, and somebody has gone to great pains to signpost that fact by making sure that each and every downed dino can clearly be seen breathing.

I don’t know if the RSPCA’s (Royal Society For The Prevention of Cruelty to Animals, non-British readers) remit covers animals that died out 65 million years ago, but I’m sure they’d approve.

Encounters with boss dinosaurs, like most such sequences of the day, involve simply learning their attack patterns and exploiting brief  moments of weakness. They are exercises in self discipline in which a methodical approach – avoiding the temptation to blindly charge in – offers your best chance of success. You’re a paleontologist after all, not Rambo.

The game’s intro (pictured) establishes the tone with a dark and brooding soundtrack that pervades throughout, contrasting starkly with both the film and other games based on it, which aren’t always on the right side of serious. There’s none of the gratuitous body horror of the novel, though, as violence towards human beings is never really shown (Grant just flinches when hit, falling over seemingly out of resignation more than anything, when he runs out of health ), and as stated previously, you’re sedating dinosaurs, not killing them.

The graphics, again, in the context of what modern hardware is capable of, may seem crude, but are some of the Master System’s best. Even today, they are at least serviceable enough for new players to buy into the premise and not wrinkle their noses in disgust. Which is quite an achievement when you think about it.

“Remind me to thank John for a lovely weekend”

Jurassic Park is probably not the kind of game you’d trawl eBay for a preowned Master system specifically to play, but is absolutely worth tracking down if you already own one. It harks back to a bygone time when movie tie-ins walked the earth with reckless abandon, before the metaphorical meteorite of mediocrity turned us all off them for good and brought about their extinction.

In closing, this dino-loving trope may not exactly break any new ground, but is a fine platformer made all the more appealing by being based on one of 90s kids’ keenest sources of misty-eyed nostalgia.

+ Solid platforming action
+ Satisfying difficulty
+ Based on a beloved property

Jurassic Park may not alter your perception of the medium, but the game's kitsch appeal and solid fundamentals make it a pleasant meander down memory lane. Also dinosaurs. 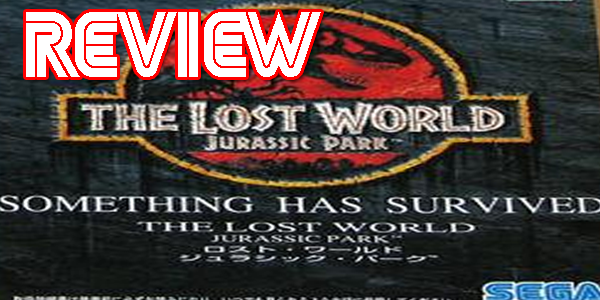