It was only yesterday when Archie Comics revealed they would publish a new SEGA and Capcom crossover comic book series, titled Worlds Unite, and featuring iconic characters from both companies. The first issue will be released this May.

However, the image they revealed only showcased Mega Man, Mega Man X, Sonic the Hedgehog and Sticks.

Worlds Unite both writer Ian Flynn and editor Paul Kaminski are revealing more characters each day at IGN and offering commentary along the way. 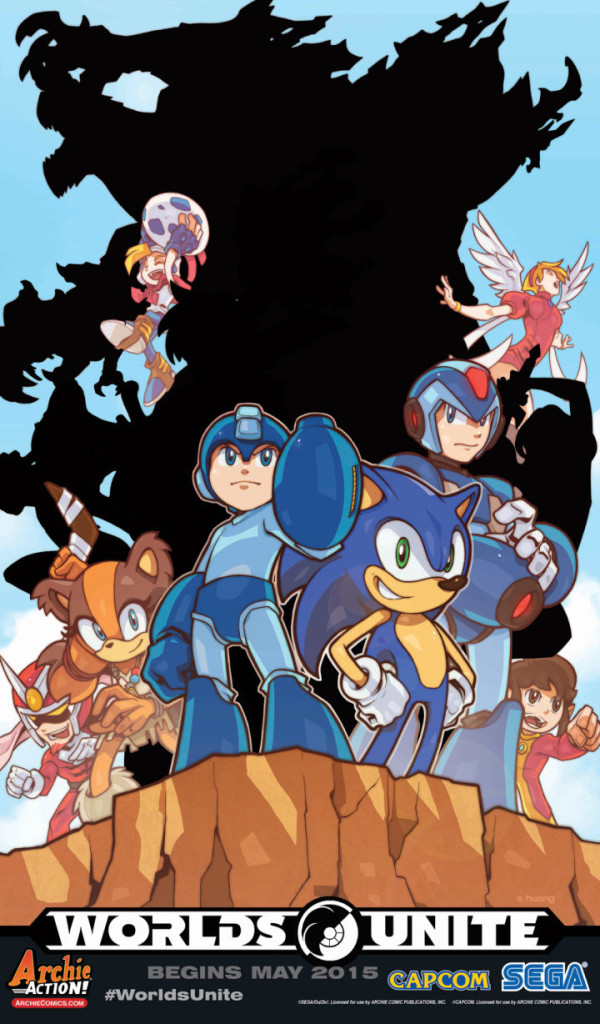 Kaminski: “With the formation of the reality-traversing “Genesis Portals”, our heroes will be taken to new worlds from throughout the SEGA and Capcom universes to do battle with Sigma’s forces of evil! From the high-fantasy worlds of Alex Kidd and Breath of Fire, to the mischievous and over-the-top adventures of Billy Hatcher and Viewtiful Joe, Sonic, Mega Man and co will explore places never before seen in Archie Action comics!”

Flynn: “On the SEGA side of things, we’ve got the original company mascot in Alex Kidd. When we were putting together the list of franchises to feature, I knew he had to be on the top. Sonic maybe synonymous with SEGA now, but it’s only because Alex paved the way for him. And on the other end of the spectrum is Billy Hatcher, the lively and original platforming hero that was the last major new IP for SEGA – at least in the realm of platform heroes like Sonic and Alex.

“On the Capcom side, we’ve got the entire party from Breath of Fire 3, arguably the best of the franchise. (I leave the fans to debate how correct/heretical I am). And Viewtiful Joe is as wild and colorful as any franchise out there, which makes it a perfect fit for this cross-world adventure!”

We should know the full line-up by the end of the week, but what other characters do you think will be included?