As we got word that Game Atelier would be developing a Wonder Boy/Monster World inspired game called Monster Boy, we wondered just how official the game would be.

Well, with Ryuichi Nishizawa, the series creator on board, Monster Boy will, in fact, be an official sequel in the series, Game Atelier announced to its Flying Hamster II Kickstarter backers today.

“Monster Boy will be an all-new adventure and as we closely work together with Ryuichi Nishizawa (creator of the original Monster World) it can be considered as an official part of the series,”Game Atelier wrote in its update. “Since the trademark is owned by SEGA we had to pick a different name.”

What’s more, Flying Hamster II has essentially been cancelled and all work moved to Monster Boy.

“We’re thrilled to announce that this beautiful project is no more just a Monster World clone but a real new official part of the series,” Game Atelier wrote. “Once again thanks to both our publisher FDG Entertainment and Mr. Nishizawa who pushed this project in the most incredible good direction.”

Game Atelier also noted there will be “tons of new hand-drawn graphics and an improved art style,” with two new transformations to replace the bear and hamster. (We kinda hoped the hamster would have remained as a nod to Flying Hamster II.)

PlayStation 4 and PC versions have been confirmed with more to be announced later. 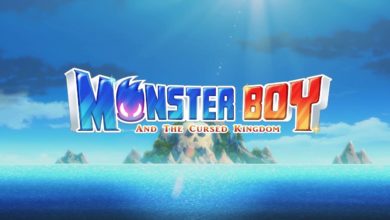