Continuing the celebration of the Saturn’s 20th anniversary at the weekend, we take a look back at one of the console’s most sought-after and best-loved games (and my favourite game of all time), Panzer Dragoon Saga, and see just why this is one of the must-have games for SEGA’s under-appreciated 32-bit system.

Released in mid-1998, the same year the SEGA Saturn was discontinued, Panzer Dragoon Saga is often seen as the Saturn’s swan song – a game that is generally loved by critics and cherished by fans. 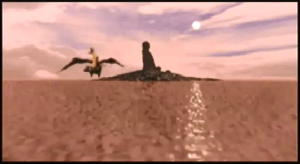 Being released so late in the system’s life, Panzer Dragoon Saga had a very small distribution in Western territories, with little more than 30,000 copies reportedly shipped in the US. Over the years, Panzer Dragoon Saga has continued to receive acclaim from gaming magazines and sites, consistently appearing in top 100 lists from the media and high scores in retro reviews.

These reasons are why many gamers are often willing to shell out more than $300 for the opportunity to own it.

Why all the love? 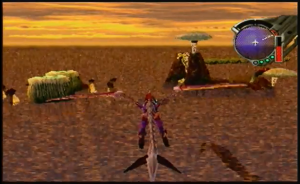 Despite its small print run, Panzer Dragoon Saga captured the attention of the RPG community by offering one of the most engaging and original adventures available at the time. Team Andromeda’s ability to pack in full voice acting, free flight in large, open environments and an unrivalled sense of freedom was impressive to say the least.

Spanning four discs, the game’s story is told wonderfully through engaging CGI cutscenes that helped bring the world to life, where in-game visuals would have failed. Adding expertly written dialogue and full voice acting throughout the entirety of the game (something incredibly rare at the time) made players feel like they were in a living, breathing world.

The best demo disc ever?: The Official SEGA Saturn Magazine in the UK had a special edition issue the month the magazine reviewed the game, which included the entire first disc of the Panzer Dragoon Saga, instead of the standard demo disc.

The first disc alone can take between 3-6 hours to complete –arguably making it the best free disc to come with a magazine, with maybe the exception of Christmas NiGHTS into Dreams – which also came packaged for free with a special edition Official SEGA Saturn Magazine in the US and UK, as well as other gaming magazines and as a special Saturn bundle in Japan.

Tell me a (dragon’s) tail

As the game opens, you’re treated to a 20-minute CGI intro, something that was equally unusual and impressive at the time. However, due to the Saturn’s hardware limitations, the CGI quality isn’t quite as strong as other RPGs of its time, but the content certainly is.

The setting of the entire Panzer Dragoon franchise is in a post-apocalyptic world, where bio-engineered monsters roam freely and there is an ongoing struggle to obtain the technology left by “The Ancients,” an advanced civilization that was destroyed by a massive war.

On the surface, the game appears to be the classic tale of revenge, when the game’s protagonist, Edge, is left for dead along with his captain in a fight against a rogue segment of the Empire led by a man called Craymen. As Edge’s captain succumbs to his wounds, Edge vows vengeance on his attackers and takes off in pursuit.

However, it’s not as simple as all that. Panzer Dragoon Saga’s plot lies deep within the mystery of the technology left behind by The Ancients and a girl named Azel – who Craymen started his rebellion to obtain. These added mysteries keep you hooked as they’re slowly revealed throughout the course of the game. There is also a slight twist that happens at the very start of the game, but many gamers don’t realise it – though it is brought up at the end of the game.

The darker side of the Saga: As well as the sombre thoughts of how few copies SEGA produced of Panzer Dragoon Saga, the game’s development was marred by two deaths in the development team during production. One team member tragically died in a car accident, while the other is said to have taken his own life.

One rumour banded around is that the latter committed suicide due to the game’s poor sales, but that has been disputed as it was revealed that his death occurred during the game’s development cycle, not after it. 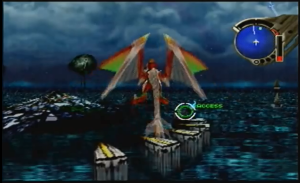 Panzer Dragoon Saga takes a departure from the standard “walk around, explore and fight” routine of most RPGs by splitting them into distinct forms of on-foot, flight and battles.

Throughout the game, Edge visits small settlements and towns on foot, giving you a chance to explore, talk to NPCs, buy items, and sometimes find hidden treasures or unlock secrets.

As you explore the world, the game incorporates point-n-click elements you can select with an on-screen cursor. Depending on what you choose, areas in the environment can give Edge additional information about items or locations or even allow him to overhear conversations of NPCs, leading to possible clues and helps develop the game’s backstory. 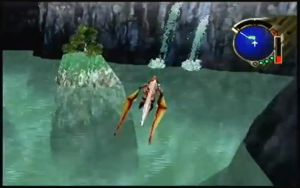 However, the bulk of the Panzer Dragoon Saga experience is had on the wings of Edge’s dragon. After leaving a settlement, Edge mounts his steed and takes to the skies, exploring some large (for its time) open environments.

These flight segments act as the game’s dungeons found in other RPGs, but unlike those games, you can explore in full 360 degrees with the ability to use the vertical to gain height or swoop low to the ground. You fly around, exploring the world, solving basic puzzles, finding items and (potentially) secrets and engage in random battle encounters.

I challenge you to a duet – I mean a duel! 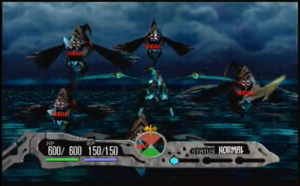 To this day, I don’t think any other RPG has come close to creating the unique experience you have during fights in Panzer Dragoon Saga and, certainly, back in the day it was completely new.

Panzer Dragoon Saga’s battles are dynamic in their presentation and execution. Your dragon can freely circle around enemies, while the terrain whooshes past you, giving the illusion the battles taking place in full flight.

Atop his dragon, Edge is capable moving in real-time during combat, with attacks being made based on time, rather than being turn-based. A combat gauge constantly charges throughout the battle, which you use to attack. Based on the strength of your chosen attack, it’ll use a portion of the gauge, but if it’s completely depleted, you’ll be left without an offensive option until it’s regained its charge. 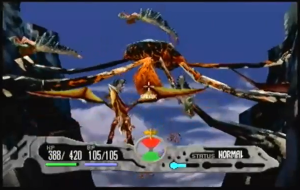 Effectively maintaining your combat gauge is essential to the outcome of a battle, and picking and choosing on when to use a weaker attack to conserve your gauge for a more powerful assault adds to the game’s complexity.

The enemies worked on a similar basis, usually taking time to ready their attacks. As you’re circling your enemy in flight, a radar depicts areas around the enemy that are safe, neutral or dangerous to be.

So you can plan attacks and strikes by positioning your dragon around the enemy. Safe areas (colored green) mean you won’t be attacked and give you time to charge your attacks. Though later in the game, the safe areas become less frequent and sometimes change mid-combat as the enemy adapts to your strategies. 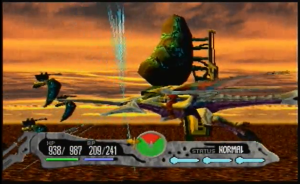 Neutral areas (transparent in appearance) are zones where the likelihood of an enemy’s attack is increased, but the attacks aren’t too powerful. The danger (red) zones indicate an area where the enemy will definitely attack, often with its most powerful strike, which could result in almost instant death.

To keep you on your toes, the more advanced enemies also move around you. So you could find yourself happily behind an enemy in a safe zone and then suddenly your enemy swoops behind you, manoeuvring themselves into a better attack position.

This all combines to create an engaging, dynamic battle system that still hasn’t been utilized as effective today – only Skies of Arcadia’s airship battles are vaguely comparable, but they still aren’t as energetic or dynamic as Panzer Dragoon Saga’s.

A winner was us: During the development of the Sonic Chronicles on the Nintendo DS, SEGA held a competition among fan sites to name a new alien race for the Sonic universe. We (SEGA Nerds) were one of the chosen sites and our entry, ‘The Zoah’, was the winner – as voted for by the fans. Big thank you to everyone who voted! For those of you who don’t know, the name ‘Zoah’ comes from two locations in Panzer Dragoon Saga, the Village of Zoah and the Forest of Zoah.

Evolution of the dragoons 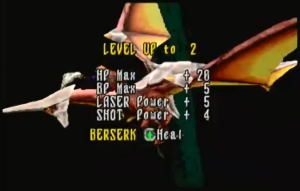 A key element to gameplay, and a direct result of not only how well you fight, but just how you fight, is the evolution of your dragon.

At a set moment in the game, you also unlock the ability to ‘morph’ your dragon to suit your style of play. Based on five attributes (normal, agility, spiritual, attack and defense) there are actually hundreds of different forms your dragon can morph into. 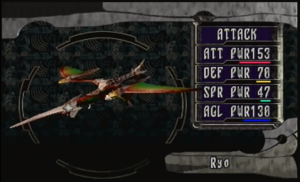 You can make your dragon more nimble in combat, able to dodge and skip around your enemy like a giant hummingbird, or you can make it more powerful, slower, but tougher. By favouring a particular attribute over others you will unlock specific special attacks catered for that style of dragon used. It’s by altering these attributes in such small fractions that you can evolve your dragon to suit your style.

As you progress and level up, you find new forms of dragon to evolve into. Depending on how well/differently you play compared to others, you’ll likely end up with a very different dragon that looks unique with its own variety of special attacks and moves.

Not forgotten: While Panzer Dragoon Orta on the original Xbox was the last entry in the franchise, SEGA has still shown some love for the universe it created by including the Dragon Canyon course in Sonic & All-Stars Racing Transformed; a track based on Panzer Dragoon.

One of the biggest shames about Panzer Dragoon Saga is that it looks like we will never see a re-release of the game. Not only are Saturn titles notoriously hard to port, but SEGA and the game’s director, Yukio Futatsugi, have said they lost the original source code for several Saturn games, including Panzer Dragoon Saga.

The only way we could possibly see a re-release would be for SEGA to completely remake the game from scratch – which would be awesome, but is highly unlikely as the franchise has never been a big seller.

That in itself makes Panzer Dragoon Saga feel all the more special. It’s a game that was unique in 1998 and, as we will most likely never see it released again, will remain that way forever… 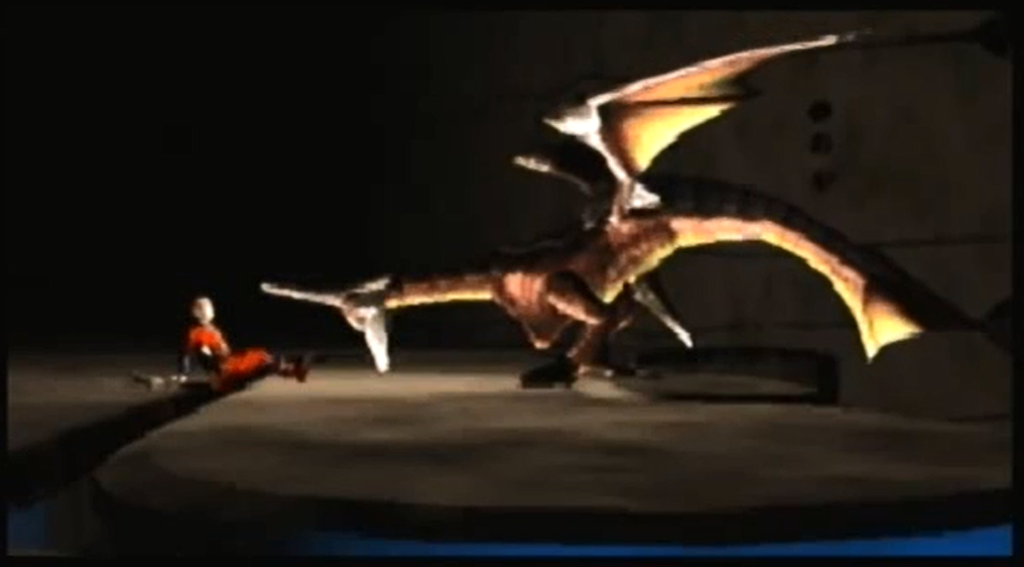