On October 18th & 19th of this month (October 2014, in case you get to read this in the future), Crush 40 performed 2 concerts in Mexico, we were able to chat a with them and take some concert photos at TNT Expo (which is a Mexican Manga & Anime event) concerts. And I must start by saying I had an amazing time not only covering the event but being able to listen live such a great band performing awesome Sonic the Hedgehog songs. Let’s start with the following interview, I must again apologize for not being able to record the audio properly due to the room’s echo, but subtitles were added so that you don’t miss anything that was said, nor the concert and fans scoop! Take a look:

(NOTE: To activate subtitles because of the audio, double click the video to watch it on our youtube channel and do so)

During the backstage time we were able to hang out a little more with the band, they loved Mexico, and even received a few cultural gifts like chocolate and sugar “Calaveritas” (skull based candy we use here for Day of the Dead), cutout Posadas prints… Hey! Even Johnny Gioeli wore the Mexican Soccer National Squad Jersey! Click on the following images for a bigger view of each. 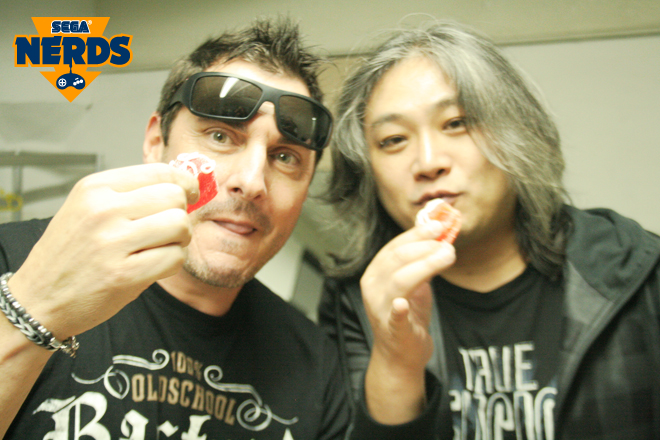 It was the 1st time for the band to play outside US, UK, & Japan (which are the regular countries they give shows at), and their 1st time doing so on Latin America. Once the show started it was a total blast, they performed a lot of classic songs like Live & Learn, Sonic Heroes, What I’m made Of, Sonic Boom, and even new songs like 2 nights 2 remember. It was nice to see them say a few words in Spanish too!

Below is the running order for the show, courtesy of Crush 40:

Official attendance for October 18th was 4,000 people, while for 19th a total of 3,200, out of 400 were VIP tickets with Meet and greet with the band. So by the time of the fan meetings they almost did 386 signatures per day!

Here are some photos for Day 1, click on them for a bigger view of each: 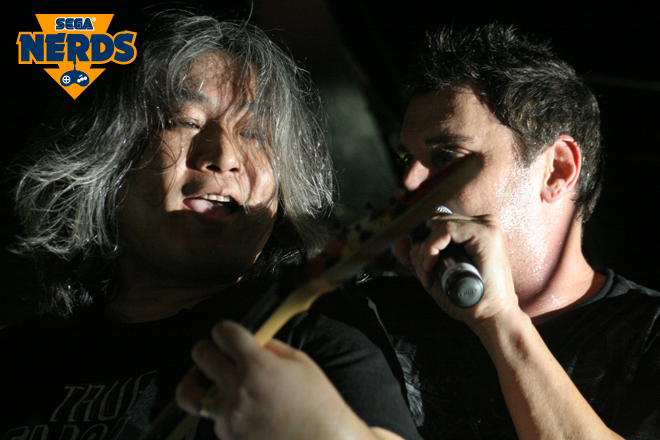 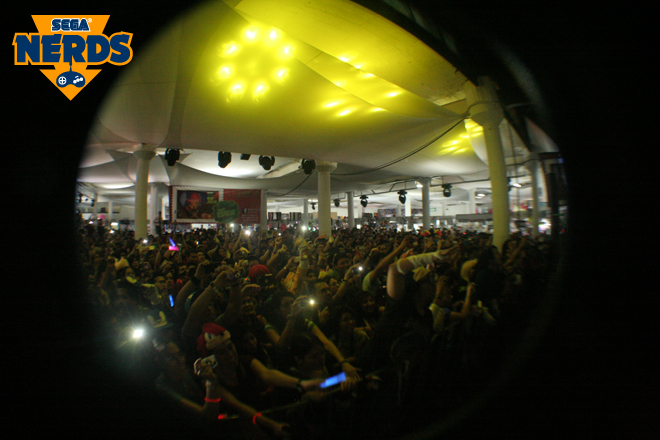 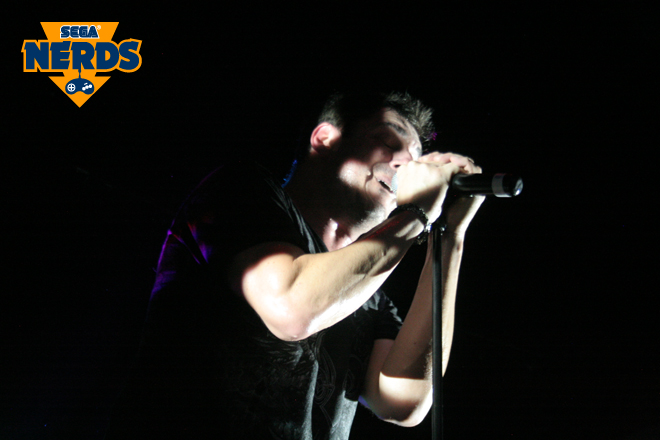 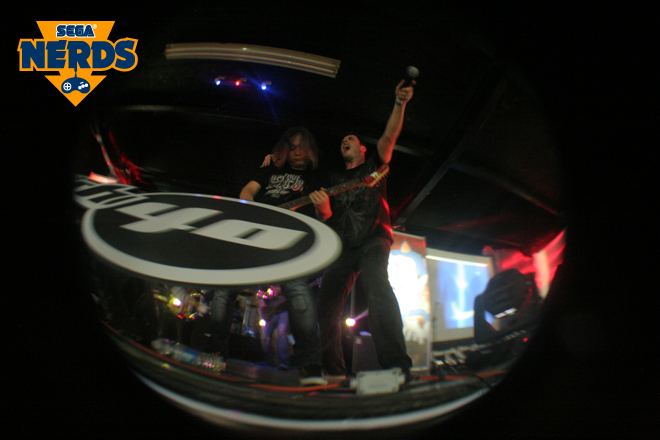 As for Day 2, the crowd was even more energetic than the 1st day, they sang every song. Man! Even “Cielito Lindo” was cheered by the crowd to receive the band on stage. Here are some photos for Day 2, click on them for a bigger view of each: 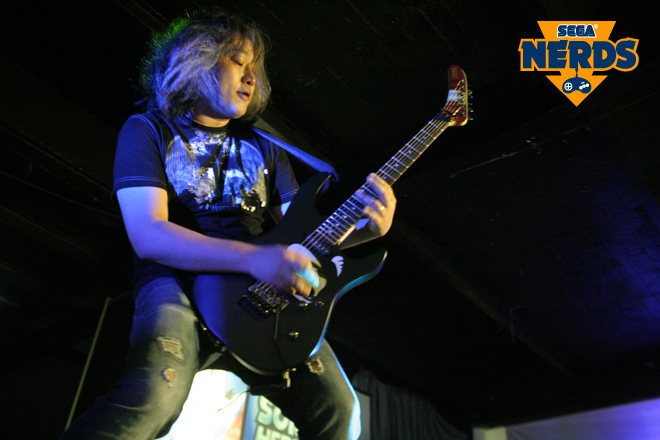 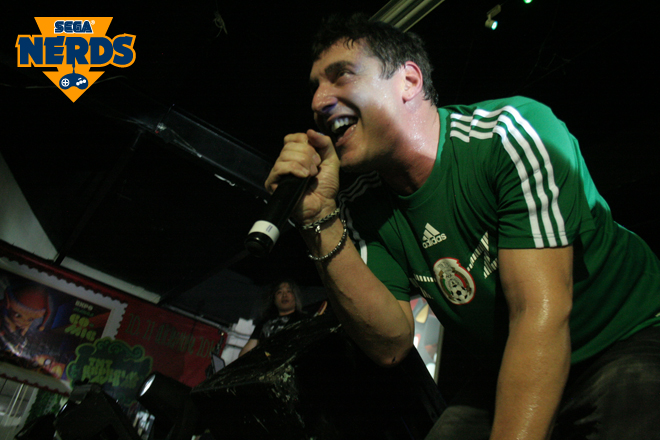 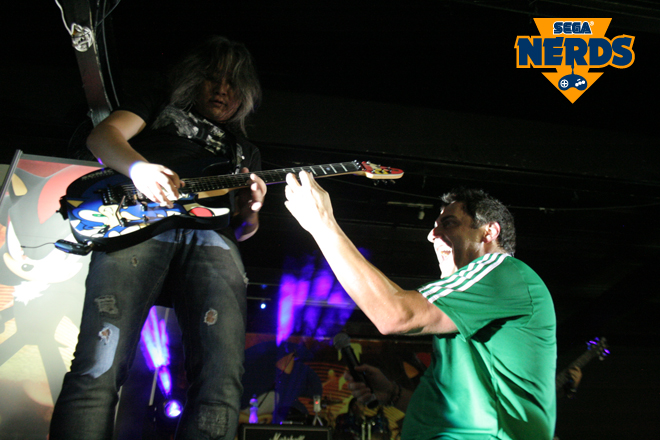 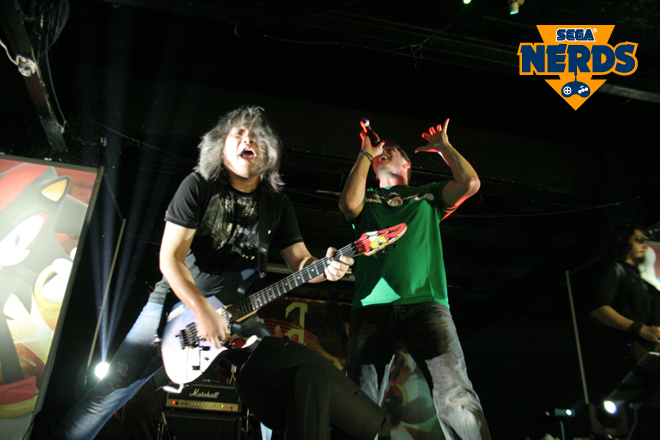 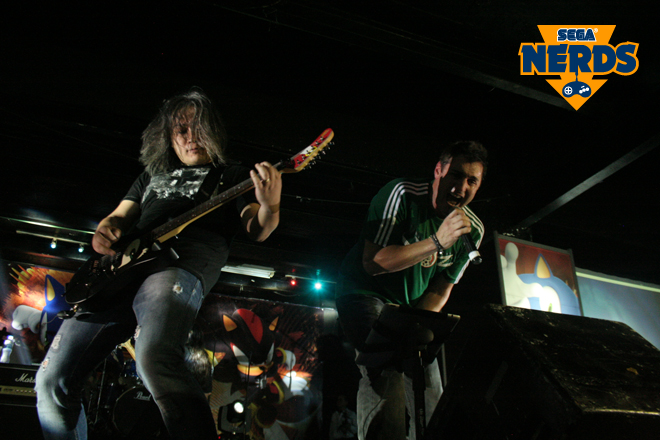 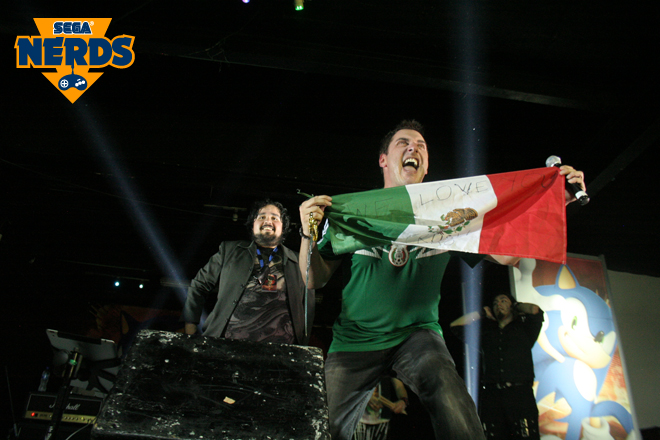 A curious thing is that most of the times Crush 40 adds the flag of their logo for merchandise T-Shirts, so I was the one in charge for designing the one used in the Mexico dates, it was pretty neat to see that on the stage screens and people wearing the shirts. Other available merch were CDs, pins, and posters, and I must say that all the merch got sold out in 20 mins. 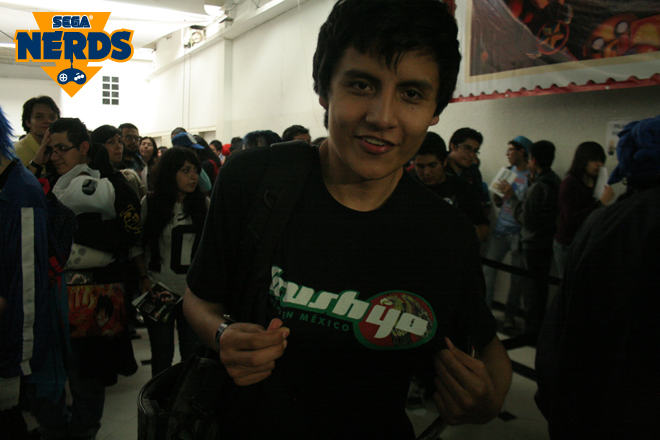 Once the concerts were done, the band signed autographs, everyone was really happy! I’ll say again that this was a really awesome experience for me. Hope that this is one of the many more occasions Crush 40 comes to Mexico. 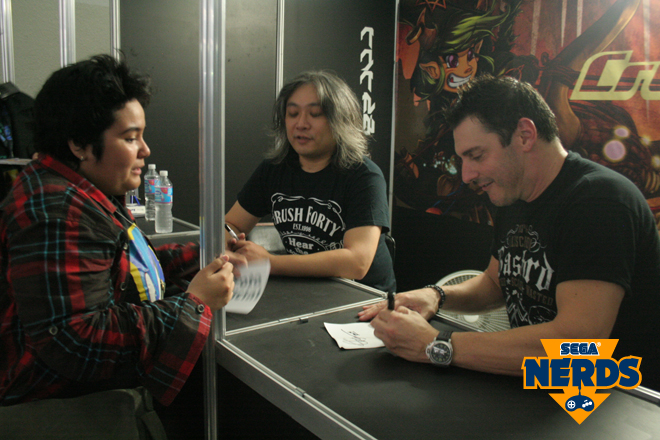 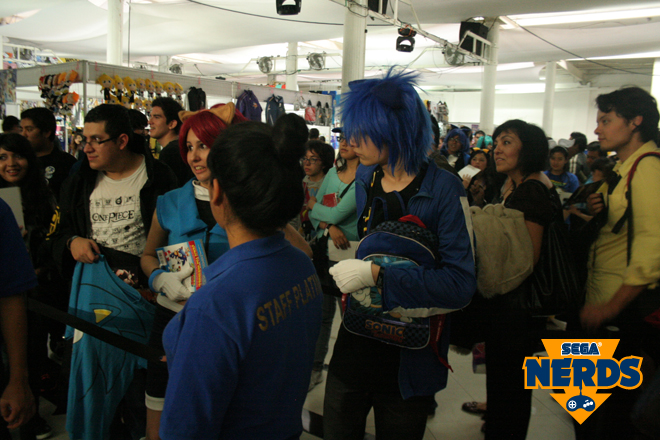 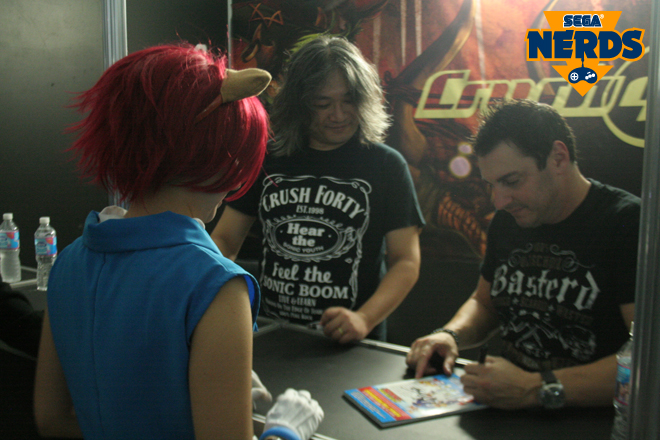 We want to give our special thanks to Crush 40, Jun Senoue, Johnny Gioeli (who had a huge patience on my bad pronunciation and even joke along with me about it), Alex Lizardi and everyone from the TNT Expo staff (you guys rock!), and of course all the fans who got close to us and asked for a sticker and the ones on our video.