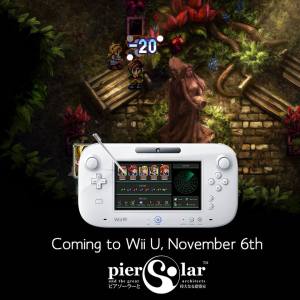 For those who don’t know, Pier Solar was originally an ‘unofficial’ release for the Mega Drive/Genesis by Watermelon Games, back in 2010. Since then the developer has used Kickstarter to crowd-fund an HD version of the game, which recently released on PS4, PS3, STEAM, and OUYA on September 30th, 2014.

The Wii U version is the next one to see a release, with the Xbox 360, Xbox One and (drum roll please) Dreamcast official release dates due to be confirmed.

If, like me, you are holding out for the Dreamcast version, or would like to get your hands on the original Mega Drive/Genesis game, then you can pre-order/order the game via Watermelon Games’ online store.