I collect Tyrannids, it’s what I do. I used to go down to my local Games Workshop and buy a couple of models on pay day and if I was free Friday night, then I knew what I was doing; throwing some dice and moving some units.

Now, in my days of writing and working a day job, it is difficult to find time to sit down to paint the models sitting un-loved in my closet. It’s a shame, because I love the Warhammer 40,000 universe. I have since I walked into my friend’s hobby room and saw a huge table full of miniatures and asked what they were for. 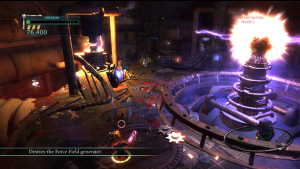 Whenever a 40,000 game is released, I lap it up because I can get my fix of the chaotic universe that I came to love as a child and still do to this day, fully realised with dramatic acting and fast paced action or strategy.

Originally released in 2011 for PlayStation 3 and Xbox 360, Kill Team takes place on an Ork Kroozer, threatening to lay havoc to the Forge World below. You play one of four Ultramarines as they battle to destroy the Kroozer from the inside, at first fighting through hordes of Ork’s before also confronting a Tyrannid threat.

Kill Team was a twin stick shooter on consoles and has been tweaked to play with a keyboard and mouse set up on PC. Your Marine can shoot in any space in front of him that you point the targeting reticule over with your mouse and also unleash a melee attack with the right mouse button.

Beyond that you’re able to move freely in  any direction and use a special ability, unique to each marine. My favourite, The Librarian, is a more melee focused character and can use a special ‘Psychic Shockwave’ to kill enemies around him in a 360 degree burst of impressive particle effects.  The Techmarine has the ability to drop a turret to cover his flank while he fights oncoming horde while the Vanguard Veteran can dash quickly in front of him and the Sternguard Veteran has the jaw dropping ability to slightly increase is rate of fire. 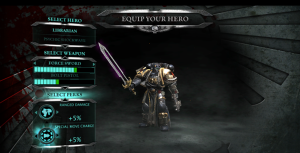 After fighting for a while, you begin to accumulate experience that powers up buffs for your characters. For instance, you may want to go into battle with increased health and melee damage if you’re a melee fighter, or, on the other hand, special attack and ranged damage might be something you want to improve if you like to keep your distance. While this game is a basic shooter at its core, there is a degree of depth to customisation and learning what Marine works in what scenario can help you overcome difficult situations.
While Kill Team has some decent depth to save the combat from becoming stale, the overall level design, objective variety and enemy AI is very limited. Levels are linear hauls through rusty gauntlets as enemies are hurled at you like rotten fruit at a beheading.

What variety that is injected into the game is quickly lost as that same enemy is then repeated ad nauseum, before the game stops to explain every little detail about your objectives (that almost always come down to “destroy this thing” or “step on this switch for a while”) in unskippable cutscenes.

The acting during these sequences is fairly competent though, which makes them a lot more tolerable. That said, the sheer fun you derive from hacking through a sea of ugly faces is totally undeniable and the addictive nature of power up and bonus collection really helps to continue to stimulate you throughout the experience. All of the power ups are themed around the Ultramarine tropes of might, righteousness and power and the booming voice that accompanies their collection is very slick. 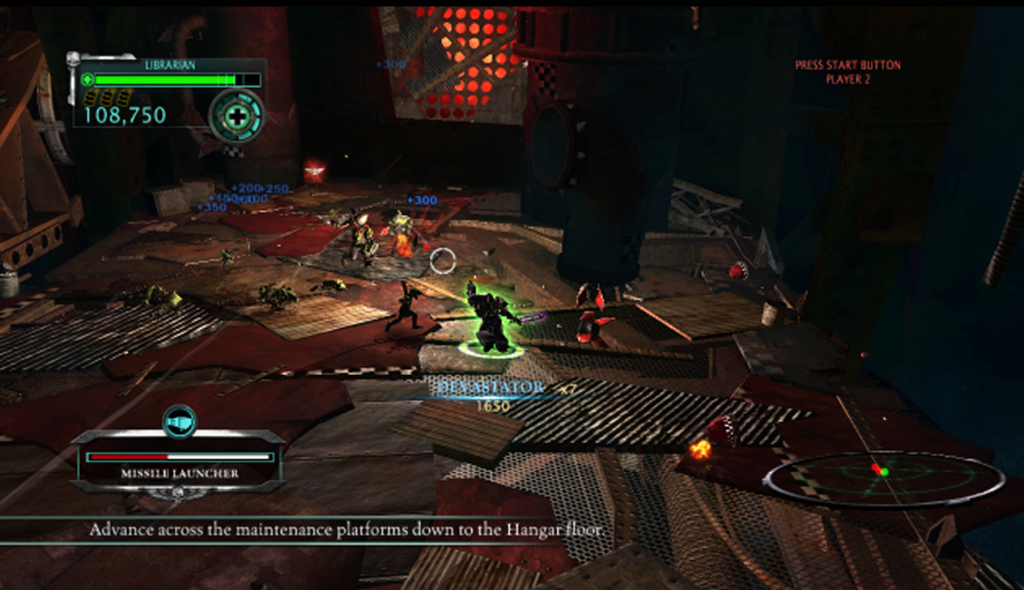 You can really tell Kill Team is a rather visually outdated game. My PC is from 2010 and runs the game flawlessy with FRAPS running. Most laptops shouldn’t have any issues running it at a very juicy frame rate at a high resolution. The textures in the game still have a certain style to them that is very unique and the design of the Orks is fairly charming.

The Marine models have been lovingly crafted with decent livery detail and the quality of particle effects, lighting and the sheer amount of things going on on-screen with little slow down is very nice to see. In a market awash with top-down shooters, however, your visuals really need to pop to stand out and while they did seem quite sumptuous in 2011, they lack that sparkle they once had three years ago.

For its $9.99 asking price on Steam, Warhammer 40,000 – Kill Team is a pretty attractive proposition. For a Warhammer fan like me, it was a must play, naturally. However, for those with no affection for the mythology and little patience for top-down shooters, this game is not for you. It has just enough features like the ability to buff and play through each mission as multiple Marines, co-op play and satisfying power up and player progression to make the game engaging enough for a top-down shooter.

That said, limited level objectives, poor AI, uninspired level design and dated visuals really impacted on my ability to enjoy the game. If you’re a fan of top down shooters or Warhammer 40,000, then I highly recommend giving Kill Team a try. If you’re not, then this isn’t going to change your mind.