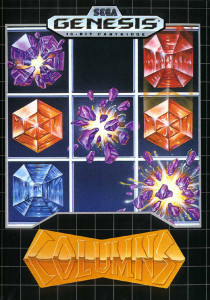 Welcome to Puzzle Columns, a new bi-monthly column where we explore a puzzle game or series by SEGA, on a SEGA platform or one that’s somehow SEGA related no matter how tenuous!

Today, we’ll be looking at the game series most people think of when they think of SEGA puzzlers: Columns!

Columns is a pretty standard “match-three” puzzle game, released on just about every SEGA system, and even a few non-SEGA ones. The one I am most familiar with, however, is the original Genesis (Mega Drive for you Europeans) version.

Before it was on the Genesis, however, it was on multiple early computer platforms. Created in 1989 by Jay Geerstsen, it was sold to SEGA a year later, where it really began to shine. It was also the first pack-in game for the Game Gear, attempting to piggyback on the success of the Game Boy’s pack-in title of Tetris. Gameplay abides by pretty standard match-three rules.  A column of three colored gems falls from the top of the playfield, which you can control horizontally and you can cycle vertically between the three gems. Match three vertically, horizontally or diagonally to remove the gems and add points to your score. This is done to most effect via chaining multiple gems together. Occasionally, a column of flashing gems will drop in from the top. This will clear all gems of that color and will probably save your hide on more than one occasion.

Presentation is where Columns really shines for me, as the sound and visuals are spot-on. It has a great Greek look and sound to the game. You can quickly identify the different pieces, making it easier to find where you need to drop the pieces. The music is perfect for a puzzle game, as it is calm and soothing, while matching the tempo of the gameplay when it speeds up. Gameplay, while staying simple, quickly ramps up, and you’ll find yourself struggling to keep up while making mistake after mistake. It speeds up a tad too fast for me, making me wish I had a PAL system for once. Maybe I’m just awful.

The Game Gear version, while mostly more of the same, has a few key differences that gives it a different feel, with different music, different backgrounds and more options, including being able to change the gems to different shapes, like dice, fruit, blocks and more.

Another thing setting the GG version apart are the progressively changing backgrounds, as with each level you clear, time progresses in the background. Going from daytime at the beginning of the game into the night later on is a really neat effect. 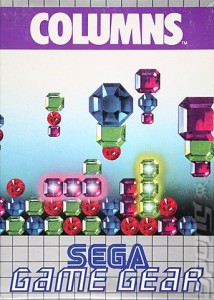 There have been quite a few sequels, including the arcade-only Columns II and Columns III: The Revenge for Genesis, Super Columns for Game Gear, Columns ’97 for arcade and Saturn, and many, many compilations and re-releases for various consoles over the years.

Most of them are just more of the same, with a standard arcade mode and VS mode. Some of them have a story mode, which is basically a ladder match versus the computer, a la Dr. Robotnik’s Mean Bean Machine or Puyo Puyo.

Altogether, I feel that this is a puzzle game that has held up pretty well. The visuals and sounds are aces, and the gameplay is top-notch and very addictive. There’s a good reason when you think of SEGA puzzlers, you think of Columns.

Feel free to leave suggestions for the next Puzzle Columns in the comments below, or post your high score to compare with other users! 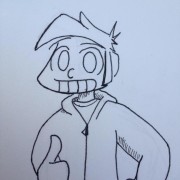 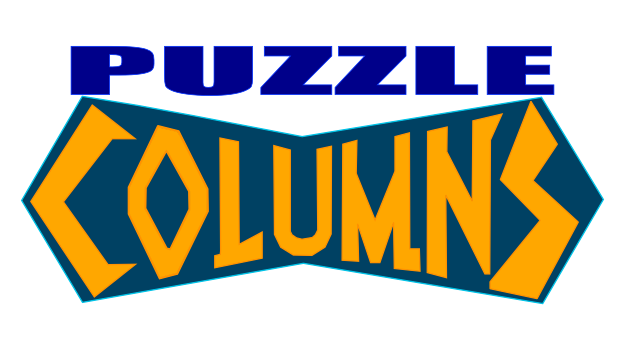