Sega’s legacy of producing high quality Disney licenses is fairly legendary. Whether it’s the beloved Illusion series or favourites like Quackshot, if you see that it is developed by Sega on the packaging, then it is probably good. What a lot of North American gamers don’t know, however, is that Sega put a lot of effort into providing gamers still enjoying their Master System consoles in the early 90’s with even more high quality Disney goodness.

In Europe, Donald Duck is very popular. In Finland, he is insanely popular. There is a Donald Duck comic in Finland (where he is known as Aku Ankka) that is something of a cultural icon. In my own home country of England, Donald Duck comics were very popular when I was growing up and I even took a few with me on the plane over to the Australia. The fact that there were two European Donald Duck Master System games released is a testament to how much Sega got Europe in the early 90’s and why we loved them so much back then.

The Lucky Dime Caper consists of a worldwide adventure for Donald Duck as he hunts down Uncle Scrooge’s Number One Dime. He travels around the world freeing his nephews as well while throwing frisbees at bears.

Donald Duck’s first Master System game is a fairly safe platformer. You go from left to right, jumping on enemies and collecting bonuses. Sega didn’t particularly go to any innovative places when it comes down the overall design of Lucky Dime Caper, but what they did do was provide us with a very enjoyable platformer.

This is a game that rewards you for running through levels a few times to learn them. Simply running once through each level in  Lucky Dime Caper is not guaranteed to end in success, unless you have the reflexes of a pigeon. Enemies and level hazards act in ways that make you have to learn their locations and patterns in order to continue through the game. You will continue through the game as well, as Sega was nice enough to give us unlimited continues to get Scrooge’s dime back.

Donald is equipped with a hammer, a frisbee and a jumping attack to get himself past the various animals that stand in your way and if he gets hit, you lose your weapon. If you get hit again, then you die, so there is an incentive to playing safe and making sure you don’t rush along out of frustration. Patience is a virtue, and if you want Donald to get out with all of his tail feathers then you will have to get your retro game face on and commit. That said, this challenge isn’t solely down to good game design. Collision detection is really not as good as it could be with enemies sometimes not registering you jumping on them and you find yourself dying instead. Additionally, some of the design decisions employed by Sega, such as the sloping runs, don’t really add much to the game and really just succeed in slowing the pace down.

One final issue I had was with the checkpoints in the game. Some stretches of levels last a long time with very little reprieve until you get to a transition to another screen. With practice, it becomes less of an issue, however it might get to you if get frustrated easily.

Looking at the screenshots it is hard to believe games could look much better on Master System than Lucky Dime Caper. Rich colours, good animation, varied environments and interesting little pieces of detail litter this gem. The funny thing is, despite looking this good Sega managed to outdo themselves two years later with Deep Duck Trouble which looks absolutely breathtaking and has to be in contention for “Best Looking Master System Game Ever Made.” That award doesn’t exist? Well, it does now. Fly me to Japan, Sega and I will present it to you personally.

Lucky Dime Caper Starring Donald Duck is a really solid little platformer. It contains seven levels of decent platforming that will test your skills and give you a sense of satisfaction when you finish it. The inherent challenge is slightly diminished by the inclusion of unlimited continues and small gameplay niggles like poor collision detection and awkward hazard placement but they don’t take away from how charming this title is. It looks beautiful and the general gameplay is engaging. I would highly recommend this great hidden Disney gem to anyone who has yet to play it and let it stand as a testament to how much more the Master System has to show us all. 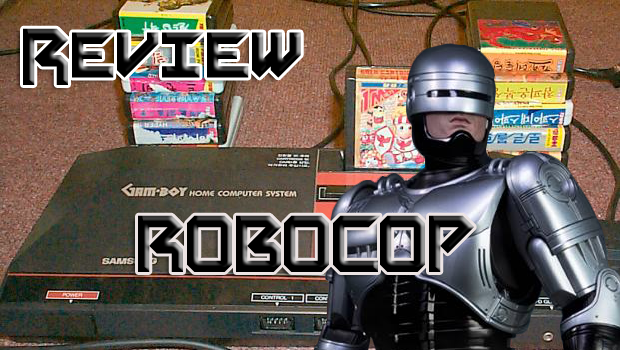