Hello and welcome to another exciting entry in Forgotten Racers of SEGA’s Past!

If you remember last week, we took a look at F1 Exhaust Note, a great Formula 1 racer from 1991. This week, I’m going to be eyeing its sequel, F1 Super Lap, released in 1992. Be warned, however, I’ll be making a lot of references to Exhaust Note, since the two games are very similar.

The premise is pretty much the same. Race, grab first place and stay there. With all the other stuff going on, you don’t even notice the simplistic play style of Super Lap. If you had to compare it to a racer of the time, I’d compare it to Jaleco’s Grand Prix Star or Taito’s Ground Effects.

Super Lap is a fully licensed F1 racer as FOCA and Fuji Television licensing the F1 championship of 1992 to SEGA. None of the famous courses we know and love are included but some of the teams are there like Ferrari, Williams, Lotus, Footwork and McLaren, including all the key Formula 1 Teams of that season. FIA also licensed this game as an official Formula 1 game as well. So in the content portion,this game has it MADE.

The cabinet shared a lot with Exhaust Note, at least all the cabs I’ve seen did. It more or less looks the same, minus the Super Lap logo, but that’s a good thing in my opinion; keep the cab simple, but improve on the gameplay, which is a decent strategy of a sequel from a developer standpoint. I’m not saying Super Lap’s cabinet looks bad, I’m just saying they could have done more than re-skinning the Exhaust Note cabinet. 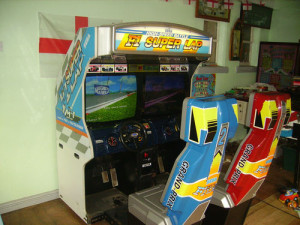 Gameplay wise, Super Lap plays a lot like Exhaust Note, but with some features missing and others put in their place. GP Rider’s point system, which was used in Exhaust Note, is now gone. In its place, more cars are on the track, jumping from Exhaust Note’s seven to a whopping 17 cars.Also, an “overtake” button was added, which acts like a turbo boost. If you’ve played the newer Codemasters Formula 1 games and have used the K.E.R.S. System, you know what I’m talking about.

The handling was more or less the same, which is a good thing. Exhaust Note’s handling was spot on, and that precision was followed through in Super Lap. Another nice feature that helps is a flashing alert on the top of the screen warns you when other driver’s crash, telling you who crashed and why. Pretty awesome in my opinion.

Now to take a look at the graphics, and ooh boy, here is the meat and potatoes of Super Lap. Compared to its prequel, F1 Super Lap looks amazing. 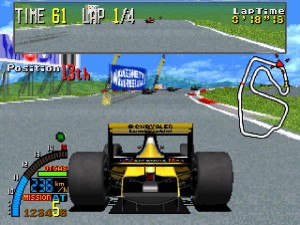 Super Lap doesn’t share the same road design as Exhaust Note, Power Drift or Rad Mobile, it actually looks scaled or something, I can’t think of a  way to describe it. It seems scaled instead of just made out of sprites, like a type of Mode 7. It looks AMAZING, and the sense of speed it adds to Super Lap makes it one of the best looking SEGA racers I’ve seen yet during the System 32 age. It’s more of a streamlined design, but it works. The car design is great, featuring the decals of the teams, which give the cars that added sense of realism compared to their real-life counterparts.
All in all, F1 Super Lap is a great Formula 1 racer and an amazing upgrade to F1 Exhaust Note. SEGA really did a great job with this one.

It’s a bummer there have been no home ports for Super Lap or Exhaust Note. I  think ports of the two would have worked great on the 32X. Same thing with the other System 32 racers, OutRunners would have looked a hell of a lot better on the 32X instead of the normal Genesis. 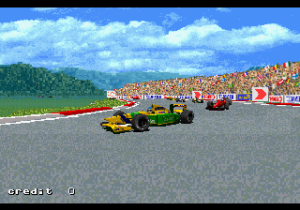 If you ever see Super Lap in an arcade, give it a play … especially if you’re a Formula 1 fan.

Well, I hope you enjoyed this week’s entry in Forgotten Racer’s of SEGA’s Past! As always, be sure to let me know if there is a specific racer you want covered in a future entry. Next week’s submission is going to be a little special, but you guys and gals are going to have to wait until the future for that one.  Welcome to our exciting circuit! Do your best, and good luck! 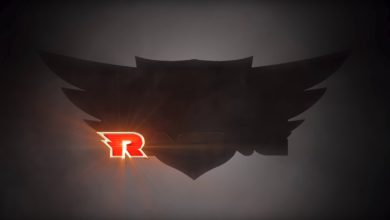 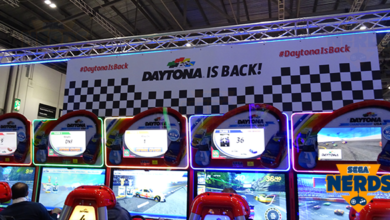