[Editor’s note: In the Face-Off, the gloves come off, and we battle it out over controversial or long-debated topics. A word of caution, things may get testy, and some feelings will probably be hurt along the way. Hey, it’s the Internet, it’s serious business, right? Once it’s all said and done, you get a say in it all by voting in the poll at the bottom of the article. Also, be sure to voice your opinion on who you think won the debate in the comments!] 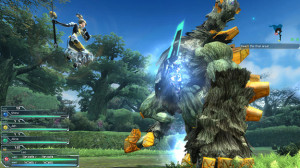 Chris: Phantasy Star Online has always been one of my favorite online RPGs. When it was released on the Dreamcast in early 2001, it opened a door for me to play with my friends in ways I never could before. Graham, I’m sure you remember the good ol’ days of us traipsing through the forests and caves to find out what happened to Pioneer 1, right? Oh, the memories …

However, with each new release in the series, it became just more of the same, don’t you think? The PSO series never evolved to stay competitive with other MMOs or online RPGs of its kind. Today, series like Monster Hunter and even Ragnarok Odyssey ACE have become what PSO should have evolved into.

Moreover, PSO 2 is very different than the original PSO that released on the Dreamcast way back when. Instead of the focus being heavily on communication, combat, exploration and finding new and better weapons, you’re crafting and decorating shit. Let’s be honest here, SEGA has made PSO 2 to appeal to the Japanese market, not for gamers all over the world like they did with the original game.

I’d much rather have SEGA focus that money and manpower elsewhere than to release a game whose player base couldn’t support it. 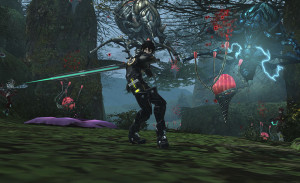 Graham: Damn skippy, Phantasy Star Online is still possibly the best online RPG I’ve ever played too. And that is exactly why SEGA needs to bring PSO 2 to the West!

The original PSO essentially brought together an entire generation of SEGA gamers in a way no other online game has since. I know PSO 2 has some big differences, but it’s a chance for SEGA to re-establish itself in the online gaming world and bring its fans back.

Phantasy Star is one of SEGA’s longest running franchises, and it’s one of the few IPs the company has that has completely evolved over the years, from the days of being traditional Japanese RPGs to becoming one of the original MMOs and actually being successful. It’s just a pity SEGA was never able to continue full support and keep the momentum going with the original PSO or its sequel, Phantasy Star Universe.

While the Western market may not be as big for Japanese MMOs, there is clearly enough fanbase out there for SEGA to at least try rolling out PSO 2 to the West – there’s Facebook and Twitter communities and fansites all crying out for this game.

Right now, you have Western gamers buying the Japanese version of the game and logging on to the Japanese servers, even though they aren’t meant to, and there are still fans playing the original PSO on homebrew servers. That must say something to SEGA that people are trying whatever they can to get some Phantasy Star Online action in one way or another – even if it’s in a different language or an older game on unofficial servers! 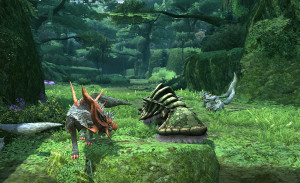 Chris: Oh, I certainly don’t doubt there’s a rabid fanbase out there, for PSO. My argument is PSO 2 only appeals to a very small segment of the video game industry.

For SEGA to release PSO 2 in both North America and the UK, it’d need to spend considerable resources – time and money translating the game, maintaining servers and all sorts of other costs associated with releasing a game on PC and the PlayStation Vita. With the small player base the game would assuredly have, it wouldn’t be worthwhile or profitable for SEGA to release the game in either territory.

At this point, I’m more interested in the continuation of the Phantasy Star series, and I’d rather SEGA focus on translating the Vita’s tri-Ace developed Phantasy Star Nova for an English release. At least this way we get a narrative-driven RPG experience, which Phantasy Star fans have been begging to get for a long time.

So to answer the question: No, SEGA shouldn’t release PSO 2 in the West. It’d be a waste of resources, not many would play it and it’d take funding away from other possible games that could be much more profitable. 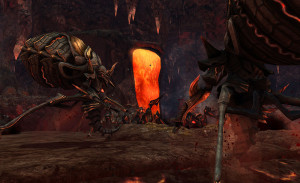 Graham: Hmm, you certainly make some valid points there. However, I feel there is enough of a market for SEGA to attempt a release of PSO 2.

But firstly I’d like to pick you up on something you mentioned: translating the game. You forget, SEGA won’t really need to spend much time or resources on translating the game at all, now that AsiaSoft and PlayPark have released PSO 2 in a region that has a large English speaking community and translated the game for SEGA. We also have to remember that both America and Europe are bigger gaming markets than Japan and both regions are big MMO players.

As for the extra money maintaining servers would cost, yes that is a potential issue and could be seen to be a risk. But all game releases these days are risks; they just have to be approached with care. I’m sure there is a variety of options SEGA could look into regarding servers, such as making deals with Sony, which has experience in MMOs itself and could potentially look to hosting PSO 2 on behalf of SEGA, should some sort of deal be struck.

I can’t say for certain something like this would happen, but my point is that it’s wholly possible that SEGA doesn’t have to gamble it’s money and resources on servers on its own. 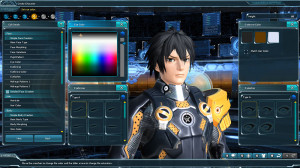 And as for making a new Phantasy Star in the traditional sense (a single player RPG), I think that’s a great idea and would love to see it happen! But I also think that the money and resources spent on making a truly great single player RPG would be comparable to what SEGA would spend on bringing PSO 2 to the West. With single player games, especially RPGs, gamers expect very long, story-driven campaigns, which will need decent voice acting, high-quality CGI sequences and expansive worlds – all of which cost a huge amount of time and money.

MMOs tend to be able to side-step all these expected features of RPGs. High graphical quality can be sacrificed, there’s no need for voice acting or CGI cutscenes and gamers will accept this, because of the unique experience MMOs can provide as the game’s entertainment generally comes from what happens in the parties you join – not on a story the developer has created. Again, my point being that while bringing PSO 2 to the West will cost SEGA considerable money and resources, so would investing in a proper single-player Phantasy Star.

Plus, with pay-to-play and also in-game purchases, PSO 2 would have the potential to continue delivering SEGA more regular income than a standard RPG would.

So, are there risks? Sure. But the game has already been made, the Internet is begging for PSO 2 to come to the West and there’s an English translation already on the market – so SEGA is pretty much in a perfect situation for releasing the game in the West, they just need to pull the trigger and make it happen.