[Our original Sonic Lost World review can be found here.]

For as long as gamers can remember, Sonic and Mario have been rivals. For some fans, the meeting of these two great gaming icons would be heaven, while for others it would be hell. SEGA has long ago bowed out of the console wars, and people have gotten used to seeing Sonic on Nintendo platforms, but even with this new familiarity, it has remained unlikely that the two mascots would meet up in a full-featured, story-driven game.

Well, keep waiting. Because while SEGA and Nintendo have decided to have some fun with their mascots, Nintendo seems not yet ready to throw Mario into the mix. Instead, Sonic Team and Nintendo have teamed up to bring a pair of even more unlikely Nintendo mascots into Sonic’s world.

In the first bit of free DLC, players are thrown in with Mario’s reptilian(?) pal Yoshi, and in the second DLC, Sonic is paired with the completely unexpected Link of Zelda fame. Both stages appear when the player has accrued 100,000 points. After playing through the stage, it disappears and reappears only after the player has again accrued 100,000 points or more, which is a bit frustrating, as most Sonic fans will tell that the most engaging part of a Sonic game is repeating favorite stages over and over. Still, Sonic Team has not slacked on the production values one bit, and both stages are well-crafted and enjoyable.

In Yoshi’s stage, Sonic’s usual speed is best left untapped, since the player needs to collect as many Yoshi eggs as possible. If, by the end of the stage, Sonic hasn’t taken damage, the eggs all hatch to reveal myriad colored Yoshis, who shower Sonic with extra lives and rather adorable, celebratory animations.

The stage is a rather excellent platforming stage, with decent challenges, and stubborn enemy positions. Piranha Plants are seemingly placed at the most diabolical locations, necessitating some seriously precise jumping and landing. The remainder of the enemies take the form of Shyguys, and offer little challenge. Still, they are there mostly to facilitate gathering of precious Yoshi flowers, which replace the Red Rings found in standard Lost World stages, and Yoshi coins, which replace rings.

The music and style of the Nintendo source material are well-represented, harkening to the stitched-and-knitted art style found in recent Yoshi games. This art style is rendered exceptionally well by Sonic Team, and threads, yarn, and cotton-balls seem to flow and pulse with the wind, while the audibly iconic Nintendo tunes bounce happily in the background.  Through and through this DLC looks and sounds like a Yoshi game.

Unfortunately, it’s not all daisies and mushrooms. While there’s nothing technically wrong with the Yoshi’s Island DLC, I still feel no reason to revisit it. Collecting eggs, avoiding stationary enemies, and bouncing off slow-moving baddies just is not the way Sonic should be played. Essentially a single linear path, the stage is slow, ponderous, and unimaginative. The biggest challenge lies in reaching the end without getting damaged. But once this has been accomplished I find it difficult to think back and recall anything memorable about the stage as a whole.

In the end, the Yoshi’s Island stage left me underwhelmed and a bit apprehensive of any forthcoming DLC. Still, one can’t complain too much about free DLC, so while the stage didn’t floor me, the diversion and care put into its presentation is appreciated.

More recently, SEGA released the new DLC featuring Link, Hyrule, and some of the Zelda series most cherished creatures and gags. Sonic wears the familiar green hat and tunic (something I never thought I’d see, if I’m honest), chases the fluffy, white chickens of Hyrule, and desperately outruns a stampeding Goron. It’s all very well-crafted, like the Yoshi’s Island stage, but thankfully, it’s a much better overall experience, as well.

The best part of the Zelda stage is likely the beginning, in which Sonic is left to explore a small, open area. At the start of the level, Link flies overhead onboard the Crimson Loftwing from Skyward Sword. Sonic is then left to scamper about avoiding skeletal Stalfos as they claw through from underground, harass the helpless chickens, or just take in the vistas of stretching Hyrulian plains and mountainscapes. Once bored of this small area, Sonic can blast through a few obstacles and access the more linear part of the stage.

Here, Sonic dashes along avoiding Gorons as they roll and smash through a tubular track filled with rupees and spikes. Avoiding the obstacles till the end of the tube will bring Sonic to a familiar sight for any Zelda veteran; a squat, wooden chest.

Tapping the action button causes Sonic to cautiously pry open the top of the chest, Link style, while the classic Zelda item music tinkles in the background. Finally, the lid is opened, a burst of light, and Sonic holds forth a heart container (doing his best Link impression). It’s a simple, but funny moment, and it brings a charm completely lacking in the Yoshi’s Island stage. 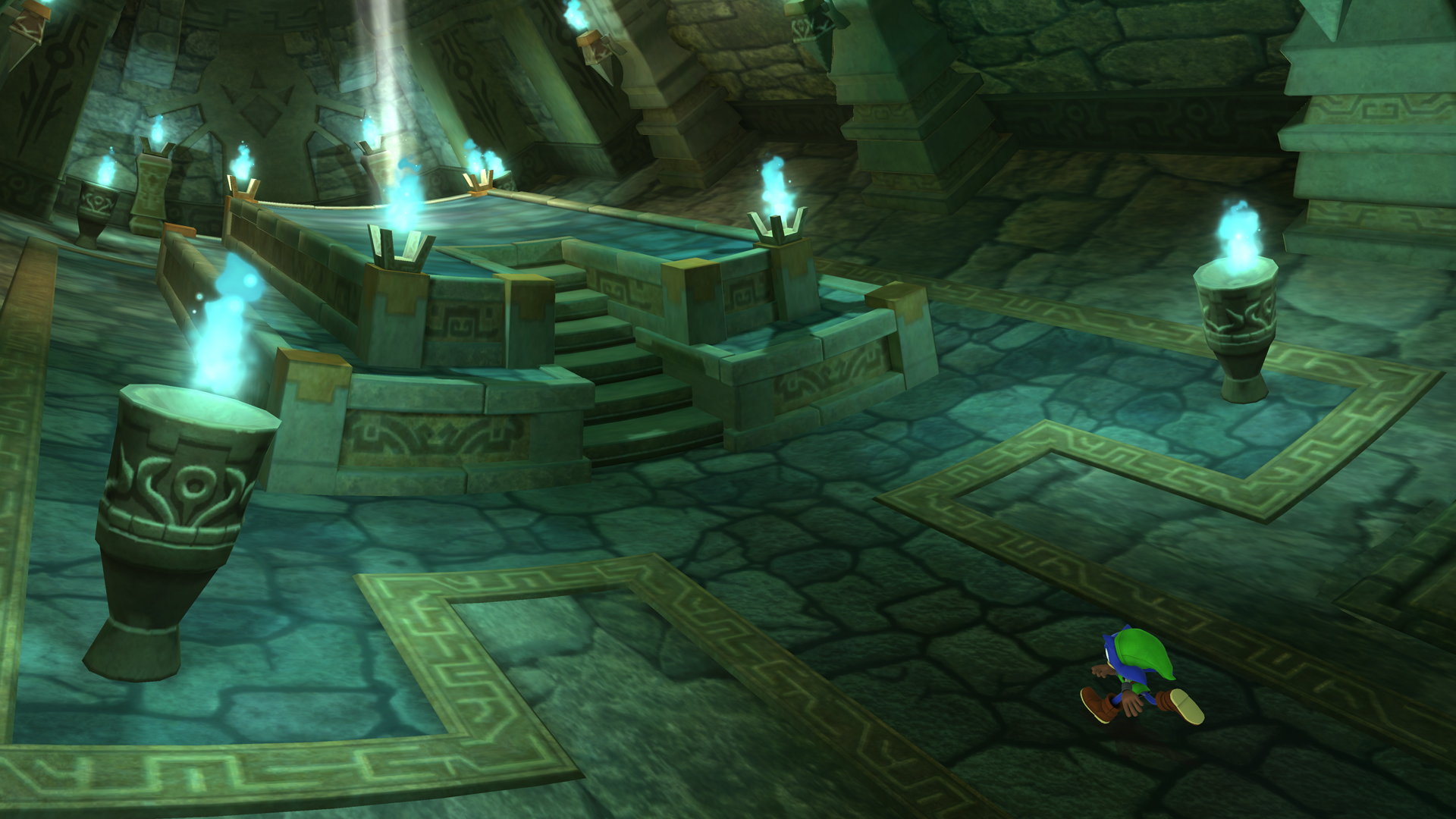 Sonic runs to the end of the stage and is met with a beam of light shining on a platform that looks like it should house the Master Sword. It doesn’t, but as the level ends, Sonic is mystified as the three pieces of the Triforce whirl and flip into unison above his head. The level ends with Sonic holding the Triforce aloft in triumph.

The Zelda stage, on whole, is much better than the Yoshi’s Island stage. They’re both free, and they’re both worth a run-through, though if you could only choose to play one (why would this happen?) the Zelda stage is the clear winner. To reiterate the point, though, it’s difficult to complain about free DLC. It’s best to just enjoy these stages for what they are; brief diversions that pay tribute to some of Nintendo’s great characters.

If you’re a true gamer, this DLC from Sonic Team is not to be missed. It adds a charming bit of diversionary fun to an otherwise solid game. Lost World is stronger for having received these two new stages, and with rumors of more Nintendo fan-service to come, this reviewer will be keeping an eye out for more.