In the lead-up to SEGA’s release of The Cave on iOS on Oct. 3, the publisher provided us with this interview with the game’s creator Ron Gilbert. We’ll also be posting details of a great giveaway of The Cave promotional items later in the day, but in the meantime, on with the interview!

SEGA: What inspired The Cave, and what was the development process like? Did you always have plans to bring the game to mobile devices, or was it more of an evolution as the title took shape?

Gilbert: The Cave is an idea that has been rolling around in my head for close to 25 years. I’ve always wanted to do a game with playable characters that are evil and broken. Really explore what they are about. The original concept had just three characters, but I have always wanted to revisit Maniac Mansion and it has seven characters, so I went with that. We started with close to thirty different characters and during the first few months of development, we cut them down to the seven most interesting.

SEGA: What was the process of porting The Cave to iOS like? Was it difficult to translate a console title to a mobile setting?

Gilbert: Our goal was to retain as much of the graphics fidelity from the console version. The current iOS devices are really powerful, so we were able to keep the same game with only a few minor optimizations to the art. It is amazing to see the game running on a mobile device with basically the same graphics as on the consoles.

SEGA: What was involved in creating a control scheme that made sense for mobile devices? The Cave was originally a console title, but console controls don’t always translate well to touch controls. Were there any challenges?

Gilbert: During the development of the console versions of the game, we knew we wanted to make sure we designed the control systems to allow for touch screen control in potential future mobile versions. A huge focus of our work to bring the console experience of The Cave to mobile was to make sure the game controls felt responsive and intuitive, and we feel like we were able to accomplish that.

SEGA: What do you think the future of mobile gaming looks like? Do you think mobile will replace more traditional gaming experiences like consoles or PC gaming?

Gilbert: Mobile gaming has a very bright future. A lot of people play games on their phones and tablets and it’s a very different kind of player and that’s very exciting from a game design standpoint. A new set of fun challenges.

SEGA: We spoke a little bit earlier about touch controls on mobile devices. Recently, some interesting new external (gamepad) controllers have become available for mobile platforms. How do you think this will impact mobile gaming?

Gilbert: It’s hard to tell. I do worry a little about fragmentation. If the controllers aren’t widely adopted, then games will have two control schemes and one will always be inferior. I have really enjoyed what some games do with a touch interface, but I also miss the feel of a controller and buttons.  So, I guess what I’m saying is: I have no idea. 🙂

SEGA: Do you have any ideas for future mobile games that you think aren’t possible yet? Is there anything you’d like to see from mobile platforms that isn’t possible yet, but that you expect will be available?

Gilbert: With the hardware on mobile devices getting faster and faster, there isn’t much you won’t be able to do.

SEGA: What mobile games have you been playing recently? Is there anything coming up that you’re particularly excited about?

Gilbert: I loved the game called Blackbar. It’s a text only game that tells a fascinating (and creepy) story only through emails exchanged by these two characters, but certain words have been blacked out (censored) and you have to figure out what the words are. It’s amazingly clever.

SEGA: If you had to spend the rest of your life in a game’s world, which game would you choose?

You can get more info and screens on these official links for the game: 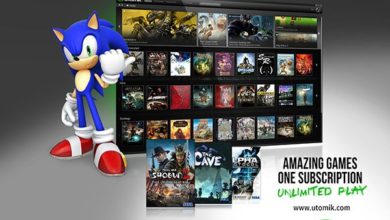