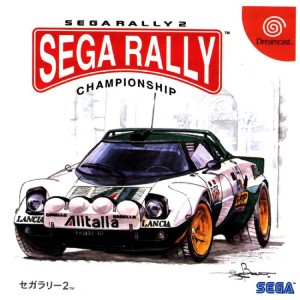 [Retro Roundup takes a look back at the games in different genres on different SEGA platforms. Each week we look at a single game, rate how well it has held up over time and then, after we have reviewed all (or as many) of the games in the same genre – we give you a roundup of our top three.]

Our first selection of Retro Roundups focuses on Dreamcast Racers.

In this week’s roundup of Dreamcast Racers we take a look at SEGA Rally 2. So, how has this classic arcade racer held up over the years? 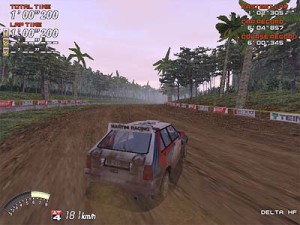 Released in 1998 in the arcades and then ported to the Dreamcast in 1999 by Smilebit, SEGA Rally 2 is the follow up to possibly one of the greatest racers ever made, SEGA Rally Championship.

The game was one of the earliest racers on the system and a launch title in Europe, It received generally high review scores, most sites and magazines favouring the solid visuals and smooth gameplay, but not so happy about the lacklustre multiplayer.

As well as the standard arcade mode, the Dreamcast version of the game brought in a 10-year Championship mode and a selection of extra cars to home players – making it more of a fleshed-out racer compared to the 1995 original on the Saturn (which was pretty much just a straight port).

How has it held up?

[Note – we realise that comparing retro games directly to new ones is pointless. But here we are looking at whether things like the visuals have held up over the years – to an extent that the game is still playable and not marred by dodgy retro graphics/sound/gameplay or control] 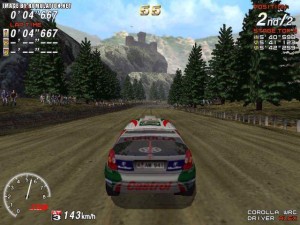 Even though the visuals definitely aren’t as impressive as they were at launch, SEGA Rally 2 has held up pretty well graphically.

As mentioned, it was one of the earlier racing games, and the game does suffer somewhat from fade in, but the fogging is not too distracting and the texture details are pretty high on both the vehicles and the environments.

One of the more impressive things about the game (for its time) were the new weather features – tracks now feature rain and snow, plus racing at different times of day, leading to some nice lighting effects.

With tracks that have rain on them, even slight rain, you will notice more mud on the track – which kicks up and stains your vehicle. The effects of this do look somewhat dated today, but it is still a great touch.

And while the visuals look good when racing, when you finish a championship – you see your drivers spraying champagne in celebration, while a cheering crowd stnads aorund. This is probably the worst looking crowd I have ever seen in a game – they are completely flat and look shocking.

Also, while the single-player’s visuals are pretty good, the multiplayer is a big let down. The two-player mode suffers from some pretty atrocious pop-up and the textures are lower. Pretty disappointing.

As with the original SEGA Rally, SEGA Rally 2 has decent sound effects and great soundtrack.

Your co-driver’s navigation hints are still there, this time with the choice of the original male or a female voice. So you can cruise around hearing the classic “Easy left,” “Long medium right” etc…

Err, to be honest I don’t have much more to say on the sound other than that. It’s good, plain and simple.

SEGA Rally 2’s gameplay is great, but does take quite a bit of getting used to. The original SEGA Rally has very tight handling and ran like a dream, but SEGA Rally 2’s handling is much, much looser.

I remember when I first bought the game, I was so mad, like I was almost on the verge of tears – because I was trying to control the game like the original – and I found myself literally sticking to the side of the track. I was so upset that I took the game back.

But, I did re-buy the game eventually and that’s when it suddenly twigged – the game has been designed so that the cars drift around corners. I don’t know why, but it just suddenly twigged and once I realised I was supposed to be drifting, I altered my driving style and suddenly the game became fun. Really fun.

After getting used to the controls, the game totally opened up to me. The racing is smooth and fast, and the different weather conditions really affect the handling of the vehicles.

The 10-year championship is what makes up the bulk of the single-player game. Essentially you have 10 different championships to race through (each one representing a year) – each made up of different tracks, with differing weather conditions.

The objective of the championships isn’t to win the event, but just to get to the end. Just like in the arcade mode, you have a time limit and need to hit checkpoints to keep the timer running – so to actually finish the championship is an achievement.

One weird thing I found though is that the first year is probably the hardest. The last race in the championship year is easily one of the hardest, you’re driving in the rain on (what I consider to be) one of the hardest tracks in the game.

It took me flipping ages to actually win the first year – but once I did succeed, every other year was pretty much a breeze to get through, and really enjoyable. 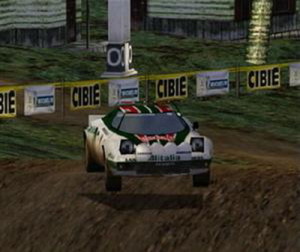 The biggest let down to SEGA Rally 2 is the multiplayer. It’s only two-player, which isn’t so bad, if you could actually race AI opponents, but you can’t. It’s just a one-on-one race and, as I mentioned under visuals, the pop-up is pretty shocking.

It’s a shame, because it would have been awesome having a two-player mode similar to the 10-year Championship, or heck, even the Arcade Mode. But it’s just a single race against one person and it’s just not very fun.

Especially when you compare it to other racers out at the time, like Speed Devils – which also wasn’t a great two-player, but it was much more fun than SEGA Rally 2’s.

Is it still worth buying?

Definitely, the single-player 10-year Championship will keep gamers happy for quite a while. The visuals and gameplay are still solid and holding up pretty well over the years.

Just a pity about the two-player mode.